HERITAGE HIGHLIGHTS:   One of the finest fortified manors in England 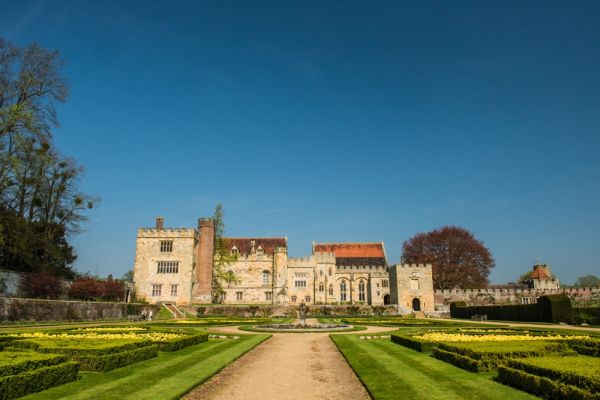 Poet Sir Philip Sidney wrote of his family home that it was 'built of fair and strong stone, not affecting so much any extraordinary kind of fineness as an honourable representing of a firm stateliness; handsome without curiosity and homely without loathsomeness'. In other words, Penshurst Place does not overawe nor underwhelm; it is what it is; one of the best examples of a fortified medieval manor house in England.

Sir Philip was writing towards the end of the 16th century when Penshurst was already an ancient house. Around 1329 John de Pultenay purchased the Penshurst estate from the Penchester family. The worn 13th-century effigy of Sir Stephen de Penchester can be found in the local parish church of St John the Baptist.

Pultenay was one of the richest and most powerful men of the mid-14th century. A wealthy merchant, he served four times as Lord Mayor of London. Given his wealth and status it is no surprise that he began to build a grand new hall at Penshurst, a hall that would reflect his social status.

Pultenay's 14th-century hall still forms the centrepiece of the house we see today. In 1341, before the hall was finished, de Pultenay received a license to crenellate; that is, to fortify the building. The hall is fully 60 feet long and nearly 40 feet wide, with high traceried windows admitting light. The impressive roof timbers are not the usual oak, but chestnut, and the beams are supported on grotesque wooden figures.

From the main hall, a stair leads down to a vaulted crypt, and up to a solar; a private chamber where family members could escape the hubbub in the hall below. In the wall is a small window, or squint, where Pultenay could keep an eye on what passed in the hall without being seen. 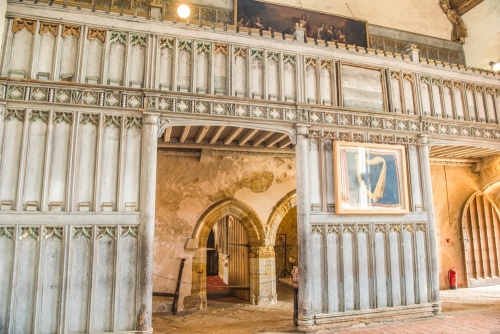 The screen passage in the great hall

In 1522 Edward VI granted Penshurst to Sir William Sidney, a statesman and soldier (the two were usually synonymous in the medieval and Tudor periods), who served as his Steward of the Household and Chamberlain.

Sidney died soon after, and ownership passed to his son, Sir Henry Sidney, one of the most politically active men of the Tudor era. Sidney managed to stay in favour throughout the transition from Edward's Protestant reign, through Queen Mary's Catholic one, and into Elizabeth I's new Protestant era.

Elizabeth did view him with some suspicion however, when he named his son Philip, after the King of Spain, who served as the boy's godfather. His wife later contracted smallpox after helping nurse Elizabeth through a bout of the disease. Sir Henry added north and west frontages to the medieval hall, and erected a grand gatehouse.

Sir Philip Sidney was the bright burning star of his family, yet the light of that star burned only too briefly. He was the most popular poet of his age, famed for his sonnets, written in honour of Penelope Devereux, and for Arcadia, written with his sister Mary and inspired by the countryside around his childhood home of Penshurst.

Sidney died on campaign in the Low Countries, from gangrene contracted from a bullet wound he received while besieging Zutphen. His portrait is in the Long Gallery. 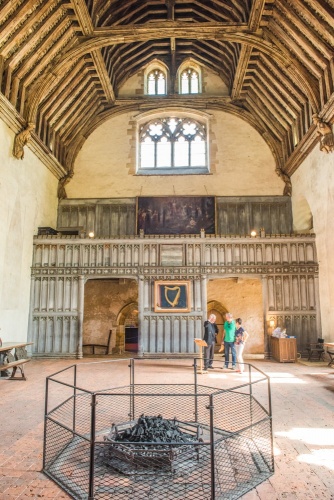 Philip's younger brother Robert Sidney built the Long Gallery, above a second elongated chamber known as the Nether Gallery. In that lower gallery, you will see a collection of armour, including Sir Philip Sidney's funeral helm.

Sir Robert Sidney's sons Algernon and Philip fought for Parliament in the Civil War. Algernon was a friend of William Penn and helped Penn write the constitution for his New World colony of Pennsylvania. But Algernon was also politically active, and he was implicated, rightly or wrongly, in the Rye House Plot of 1683. The plot aimed to kill Charles II and replace him with his brother James, Duke of York. Sidney was convicted by the infamous Judge Jeffries, and executed. 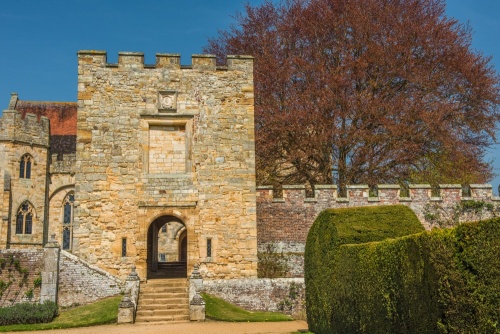 The Sidney line died out in the 18th century, and the estate passed through the female line to the Shelleys (related to the poet Percy Bysshe Shelley). The new owner was Sir John Shelley, who took the name Sidney. Sir John's son was the first Lord De L'isle, and the De L'isle family still own Penshurst today.

Under their ownership the medieval and Tudor buildings were restored, and a range of state rooms opened to visitors. Among these are the Tapestry Room, and the neighbouring Queen Elizabeth room, which display some wonderful pieces of fine art and furniture.

To the south of the house are 10 acres of gardens, much of it in Italianate style, with clipped hedges of box, arrayed around a quiet fountain, while high yew hedges protect a large orchard. Sir Philip Sidney would have recognised much of the garden, for it has changed only little since Tudor times.

While you're visiting Penshurst don't miss the chance to enjoy the parish church of St John the Baptist, where the Sidney Chapel boasts tombs to members of the family dating back to Sir Willliam Sidney, the first member of the family to live here. 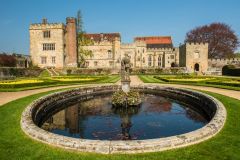 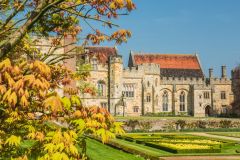 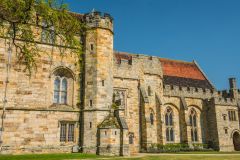 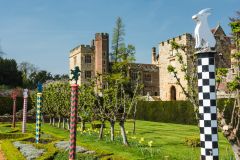 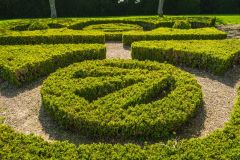 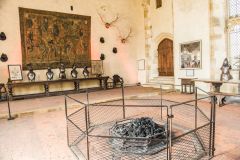 More self catering near Penshurst Place