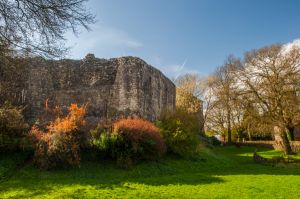 St Briavels Castle is an impressive medieval castle on a hillside site overlooking the River Wye. The site was first fortified by the Norman lord William Fitz Baderon after he obtained the estate in 1086. That first fortification was a motte and bailey fortress, but that was replaced by a square stone keep built atop the motte sometime in the late 12th century. The keep stood over 100 foot in height and may have served to guard the ford at Bigsweir.

Throughout the medieval period, St Briavels served as a royal administrative centre for the Forest of Dean. As such it welcomed numerous royal visitors over the centuries, including King John, Henry II, and Edward II.

The keep was extended and strengthened between 1209-1211 with the addition of domestic buildings, royal apartments, and a twin-towered gatehouse. That gatehouse was rebuilt by Edward I in 1292, forming the basis of the castle we can see today.

The castle served as a royal outpost on the turbulent frontier between Wales and England. It also served as a legal centre. At various points, the Hundred Court, Court Baron, Court of Criminal justice, and Mine Law courts were held here. It also served as a prison and an arsenal for locally produced crossbow bolts using iron mined in the Forest of Dean.

A chapel was built within the castle ward in the 14th century. Following the 15th century pacification of Wales, the castle became less important. Parts of the castle were demolished and others collapsed during the 17th and 18th centuries. It continued to be used as a prison until 1842. It was restored in the late 19th century and was converted to use as a youth hostel in 1952, a function it fulfils today.

The bulk of the castle remains are 13th century. There is an extensive dry moat, now converted to a garden. Edward I’s gatehouse, domestic buildings, curtain walls, and much of the keep remains about a polygonal ward.

Since the castle is now primarily a youth hostel, the interior of the hall is only open on designated days, but visitors can access the inner ward on most afternoons, and the exterior of the castle, including the moat garden, at any time. The castle is located almost directly opposite the Norman parish church of St Briavels, which is well worth a visit.

It is not easy to find parking near the site, as the roads are so narrow, and in summer the hostel is busy with walkers enjoying the Wye valley. We just drove around until we found a convenient spot to pull over by the side of the road.

One of the most appealing parts of the castle is the way that local volunteers have developed the moat as a community garden area. This really does add to the ambience of the castle. It is fascinating to compare Edward I's imposing twin-towered gatehouse with the later hall buildings, which seem much less grim and forbidding.

Unless you manage to visit on a guided tour open-day, you're limited to wandering around the inner ward and the gatehouse itself, which are undoubtedly impressive. I really liked the little chapel, with its entrance tucked away at the back of the hall.

When we visited, a group of youngsters were practising their bow and arrow skills with a target set up against the wall of the inner ward. It was a very happy scene, at odds with the rather grim medieval surroundings. I wonder what Edward I would have thought of it? Maybe he'd have been delighted to see his subjects practising archery! 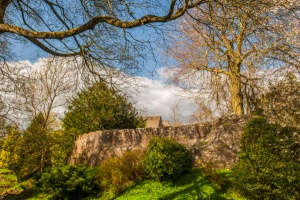 The castle wall and moat 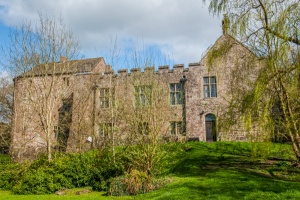 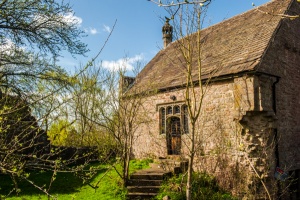 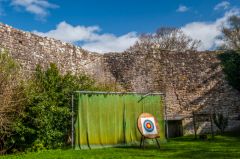 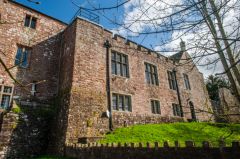 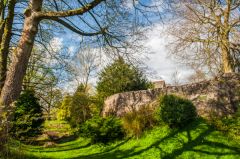 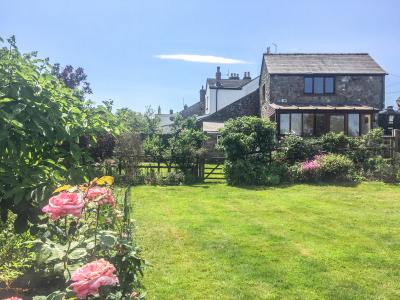 This delightful cottage is located in the cheerful village of St. Briavels in Gloucestershire and can sleep four people in two bedrooms.
Sleeps 4