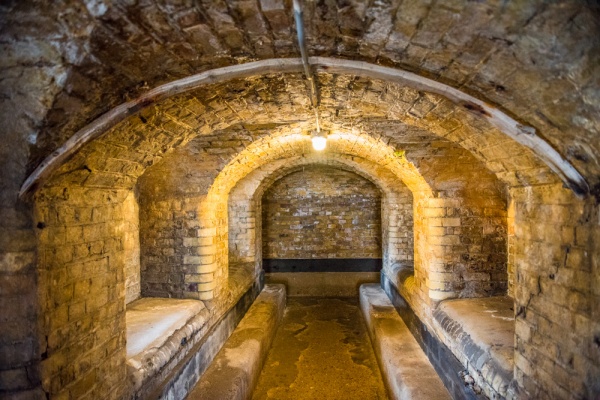 Landguard is a historic fort begun in 1540 as part of Henry VIII's plan of coastal defences. The fort stands on the north bank of the River Orwell, guarding the river entrance, while The Redoubt on the far bank guards the harbour at Harwich.

Henry built a pair of blockhouses at Landguard, but no trace of the Tudor buildings remain. The fort was rebuilt in 1628 as a square fort with angled bastions. Charles II added a brick wall around the fort in 1666. The defences were erected just in time, for in 1667 a force of Dutch landed at Cobbold's Point and attacked the fort. 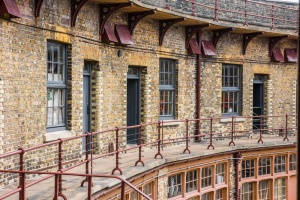 The 1667 assault was the last opposed invasion on English soil. The battle saw the first land engagement of The Duke of York and Albany's Marines, later the Royal Marines. The marines were recruited by an Act of Parliament in 1664, and were both soldiers and seamen, serving on all warships. The Marines repulsed the Dutch attack and a timed attack by another force under an English turncoat, Colonel Thomas Dolmen.

By the early 18th century the old fort was outdated, and it was pulled down to make room for the current fort to be built just to the north. In 1744 a new fort was built of red brick, on a pentagon plan with a bastion protecting each corner. The 18th-century walls still stand.

That 18th-century artillery fort was rebuilt in 1871, using golden yellow bricks. The 18th-century buildings inside the walls were torn down, and a new casement battery built facing the river. Linked to the casements was a semi-circular accommodation block.

The fort was expanded with the addition of external gun batteries in the 19th and 20th centuries. By 1901 the Victorian guns were obsolete, and three new batteries were built facing the river. For much of the following century, the fort was used solely for accommodation.

The fort was briefly used during the Cold War, then close and left to decay. It was rescued from disintegration by a local group, and stabilised, though not actually restored, by English Heritage. It is still owned by English Heritage, but maintained by the Landguard Fort Trust.

The Fort is very well signposted from major roads into Felixstowe. There is a large free parking area beside the fort.

There really is a lot to see at Landguard! You can explore the underground magazines, where ammunition was stored, and the dimly lit casements. See how Victoria soldiers lived, and the Cold War Seaward Defence Headquarters.

Perhaps the most interesting historic feature is the 1747 Landguard Fort Clock. The clock was made by Thomas Moore of Ipswich and needed to be wound only every eight days. The bell linked to the clock was cast in 1733 by Andreas Shalch, and may have come from the earliest Georgian fort.

Another interesting feature is the 1875 caponier, a stone-walled chamber of brick with a granite roof, projecting into the fort's ditch, with openings to allow defenders to fire along the ditch.

Look for the Chapel Bastion, named for a chapel located above the gatehouse of the Georgian fort. The chapel was pulled down in 1875. In the mid-18th century, the chapel bastion was the scene of a tragedy, when Maria, the Portuguese wife of the fort's Paymaster sergeant, was accused of stealing a silk handkerchief.

A handkerchief theft might seem a minor matter today, but in the 18th century, a silk handkerchief was quite valuable. The Paymaster sergeant fled, but was arrested and sentenced to death for desertion. When her husband was executed, Maria was overcome by grief and threw herself to her death from atop the bastion.

Beside the fort is Felixstowe Museum, housed in a former submarine mining station. 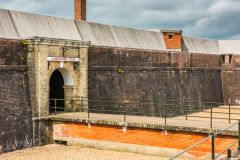 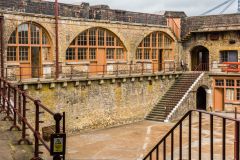 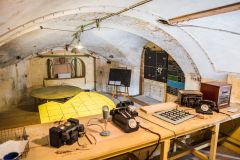 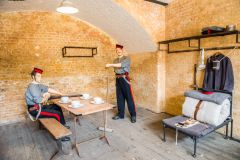 More self catering near Landguard Fort >> 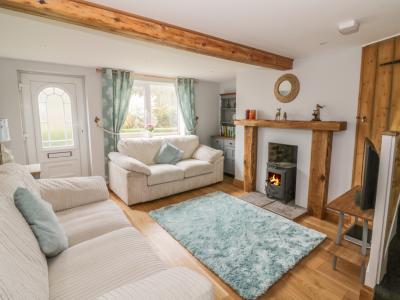 This semi-detached cottage is located in the village of Kirton near Felixstowe and can sleep four people in two bedrooms.
Sleeps 4