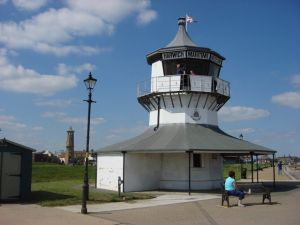 Harwich Maritime Museum
A historic brick lighthouse of 1818 hosts a wealth of maritime exhibits covering the naval history of Harwich and the Essex coast.

The lighthouse was owned by General Rebow, who made a fortune by charging a duty of 1d per ton on all cargo entering Harwich harbour. In 1836 Trinity House purchased the pair of Harwich lights from the General for the staggering sum of 31,730 pounds.

Displays include nautical memorabilia including an exhibit on the Royal Navy, with naval uniforms and badges, and an account of commercial shipping along the Essex coast. See old photographs and paintings, ships in bottles, models, and a display of lighthouse bulbs used to guide ships using the harbour.

On-street parking is available near the museum, which is only a 5-minute walk from the rail station. Also easily accessed via the foot ferry from Felixstowe. The museum is run by volunteers and has limited summer hours. There is a small admission charge. 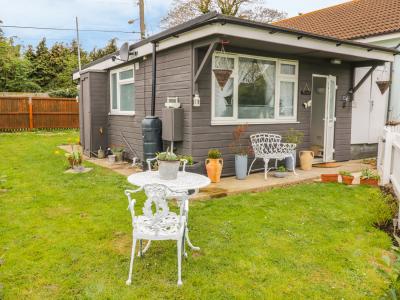 This ground floor chalet is in the town of Dovercourt in Essex and can sleep four people in two bedrooms.
Sleeps 4