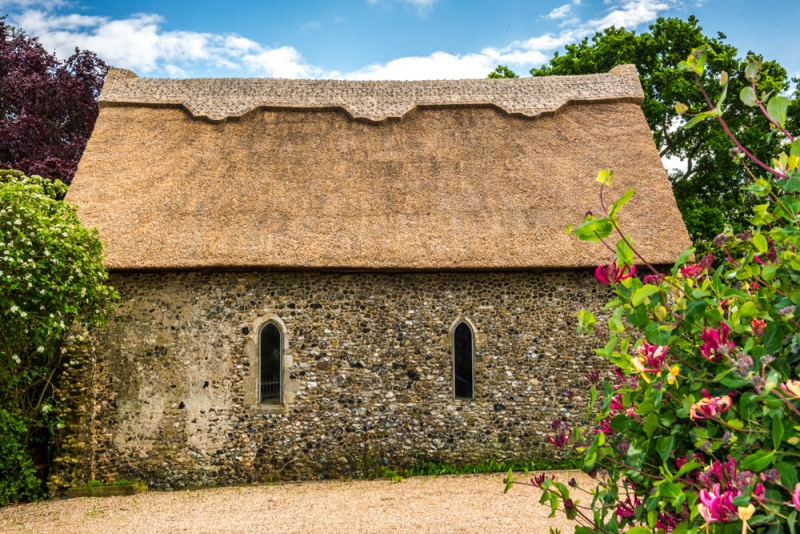 An attractive 13th-century chapel of flint beneath a thatched roof, located in a peaceful countryside setting. The chapel was built around 1250 and may have been associated with a nearby monastery on the site of Chapel Farm. St James Chapel was probably built to serve the Castle of Lindsey, whose earthwork remains lie just southeast of the chapel site.

We do not know for certain if St James' was simply a domestic chapel for the castle residents, or if there was a collegiate chapter here; a college of canons established by the lord of Lindsey to pray for their souls. At some point, the chapel seems to have been in the hands of nearby Kersey Priory.

The castle dates to at least the 12th century, and it seems likely that the chapel stood outside the castle walls. When the castle fell into disuse during the 14th century the chapel remained in use by the lords of the Lindsey estates until the Dissolution of the Monasteries.

We do not know for sure when the chapel was built but there are fragments of Norman stones which may indicate an earlier 11th-century building on the site. It was certainly well established by the mid 13th century when Nesta de Cockfield reserved the right to appoint the chapel clergy.

She granted income from lands in Cockfield to provide funds for continuous lighting in the chapel. The right to appoint the Warden of the chapel passed to the Sampson family, who exercised that right as late as 1408.

At the time of the Dissolution in 1547, the chapel had an annual value of £5. Henry VIII granted Lindsey to Thomas Turner when the college was dissolved, and from that date, the chapel passes out of history. It was used as a farm building until it was granted to the state and partially restored after 1930.

The oldest parts of the current building are the south wall and the north-east corner, both 13th century. The most notable interior feature is a late 13th-century piscina. For the most part, the interior is bare, devoid of adornment, which does mean that you can appreciate the simplicity of the early medieval architecture without distractions.

I have visited the chapel twice, and though it doesn't take long to explore the empty interior, it's an enjoyable historic building, and the rural location down a country lane is wonderful. The second time I visited I couldn't help but notice that the thatched roof had been renewed, which does give you the feeling the chapel is really being cared for. 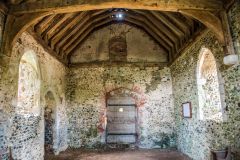 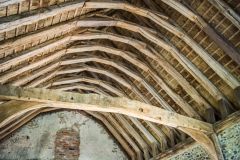 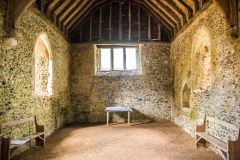