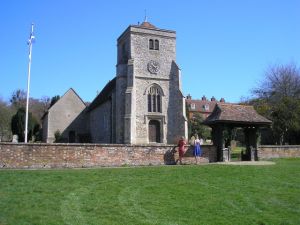 The entire village of Bradenham is in the care of the National Trust, a testament to this small Buckinghamshire village's historic and scenic interest. Bradenham is set in the Chiltern hills, amidst a network of footpaths that wander through the beech woodland that so characterises the Chiltern AONB.

The most prominent historic buildings are the medieval parish church and the Jacobean manor house. The manor looks out benignly on the village cricket pitch on the green.

The first manor was built here by William, Lord Windsor, between 1543 and 1558. William's son, Edward, entertained Elizabeth I here in 1566, but the house we see today is largely a product of the mid-17th century. It is not regularly open to visitors but there are guided tours of the manor garden available.

Bradenham dates to at least the Saxon period, and the village was mentioned in the Domesday Book. The parish church of St Botolph dates to 1100, and the south door is thought to be the oldest in Buckinghamshire.

The majority of cottages are 18th century, and the area around the green has been designated a conservation area, with 18 listed buildings. The village is remarkably unaffected by the passages of time, due, no doubt, to the management of the Trust in maintaining the heritage of the village and the surrounding woodland area. 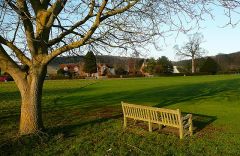 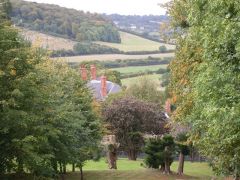 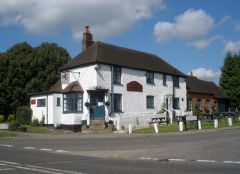 More self catering near Bradenham >>

More bed and breakfasts near Bradenham >>