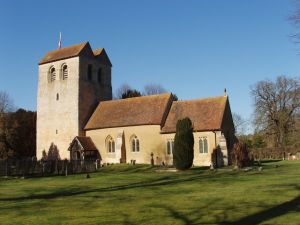 St Bartholomew's church at Fingest is a wonderfully unique Norman church, with a justly famous west tower. The layout of the church is remarkable; the tower is wider than the narrow nave, which suggests that the tower was originally used as the nave, and the current nave was the original chancel. The current chancel is 13th century and may have replaced an original apse.

The early 12th-century tower is huge, but what is really striking is the double gable saddleback roof, one of only two such designs in England. It truly is an amazing sight. The double gables may be a 17th-century rebuilding of the original Norman gables. And it is huge - four foot thick walls support a structure 60 feet high and almost 20 feet square inside.

So large is the internal dimension of the tower that one theory suggests that it served as the original nave, with the current nave acting as the chancel, and the chancel being added in the 13th century. The nave roof is a marvel; the 14th-century timbers in a collar beam design are original.

The interior is friendly, but not of huge interest, save perhaps for the 15th century octagonal font. On the north wall is a painted coat of arms from the reign of Queen Anne.

The church stands in a lovely setting, in a small village at the head of the Hambledon Valley, on the edge of the Chiltern Hills.

One other note of interest noted in the church guidebook; there is a wedding custom in Fingest that the groom must lift the bride over the church gate when leaving the church after the wedding ceremony. The gate is locked to prevent the couple escaping, with the groom lifting his new spouse over the gate under the watchful eye of relatives and friends.

This is supposed to ensure good luck in the marriage (and presumably avoid costly marriage counselling down the road!).

I'm sure this custom must be common the many other places; it is certainly a tradition in the village of Little Rissington in Gloucestershire where we used to live. 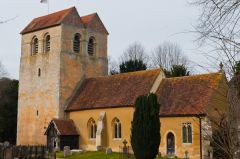 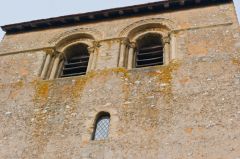 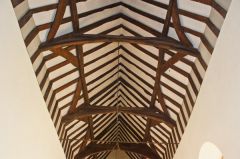 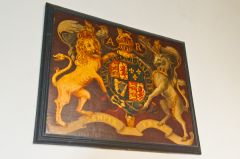 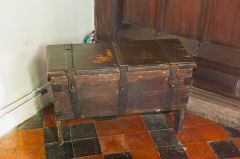