HERITAGE HIGHLIGHTS:   Mementos of Prime Minister Benjamin Disraeli, who lived here happily for many years until his death 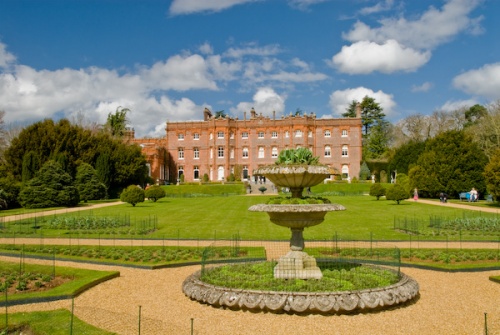 Hughenden Manor was the home of the Victorian prime minister and statesman Benjamin Disraeli from 1848 until his death in 1881. Most of his furniture, books and pictures remain in this, his private retreat. There are beautiful walks through the surrounding park and Chiltern woodlands and the garden is a recreation of the colourful design of his wife, Mary Anne.

Hughenden was a Georgian estate when Disraeli purchased it. Curiously, Disraeli himself was not financially able to support the estate, but he thought it a necessary part of his political career to be a landowner. He was able to borrow the money from Lord George Bentinck to buy the estate.

The house interior underwent many changes after Disraeli's death, but several rooms have been restored, with many of Disraeli's personal belongings and mementoes displayed as they would have been during his lifetime. 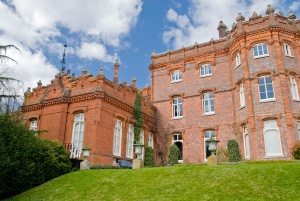 The gardens surrounding the house were originally created by Disraeli's wife Mary Anne. Though altered after her death, the gardens have now been restored to closely match the original design. There are extensive walks through pleasant woodland near the house.

One of the most intriguing aspects of the National Trust's efforts at Hughenden is the 'below stairs' displays, showing what life was like for servants employed by the Disraelis during their time at Hughenden. The lives of several known servants are traced, so that you really feel you know them personally, and what their lives were like.

Hughenden was used during WWII as a secret base for creating maps used by the RAF in bombing raids over Germany. This wartime era is brought to life in a new exhibit 'below stairs' at Hughenden, where visitors can see what life was like for personnel involved in creating the maps, and how the maps were used by pilots.

When we visited as a family there were children's activity packs and an 'Eye Spy' trail inside the house. Our younger child (aged 8) very much enjoyed these activities, and also enjoyed the woodland walks, with plenty of room to run about and work off that excess energy!

Note:
In an attempt to preserve the contents of the house several rooms have little electric light. These rooms may be dim on dull, overcast days, so people wishing to study the interior closely may wish to avoid such days for visiting.

More self catering near Hughenden Manor