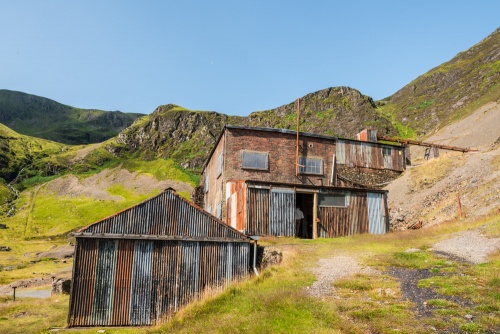 Force Crag is a historic lead mine located at the head of the Coledale Valley, in the shadow of Grisedale Pike, in the hills above the village of Braithwaite. The mine has had several distinct phases of operation; it opened in 1839 as a lead mine, a function it fulfilled until 1865.

From 1867 it was converted into a zinc mining operation, and though it was never terribly successful, it stayed more or less afloat as a business concern until the latter part of the 20th century.

The mine was finally abandoned for good in 1991, making it the last working metal mine in the Lake District. It is now under the care of the National Trust, and visitors can view the old mining machinery and the partial remains of mountain tramways, tracks, an aerial ropeway, and other vestiges of the mining works. The crushing mill, built in 1909, still stands, as does much more modern equipment that was used into the 1980s.

What makes Force Crag so interesting is that very little of the original mining equipment was removed after the mine closed, so visitors can see the machinery used in mining and ore-processing, still in its original location. 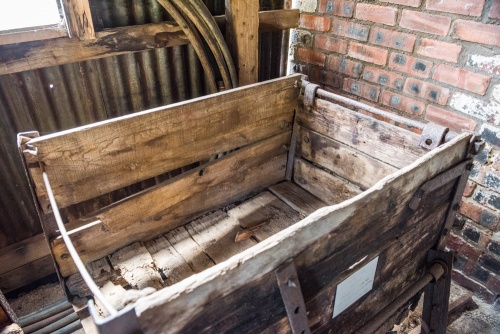 Ore cars inside the mine buildings

At this time the mine buildings can only be visited by National Trust pre-booked tours on specified dates throughout the year. Please see the Trust website for upcoming dates and times.

Mine tours are led by volunteer guides. Our guide was outstanding; he was a retired mining engineer and did an exceptional job of explaining the mining process in very simple, non-technical language. 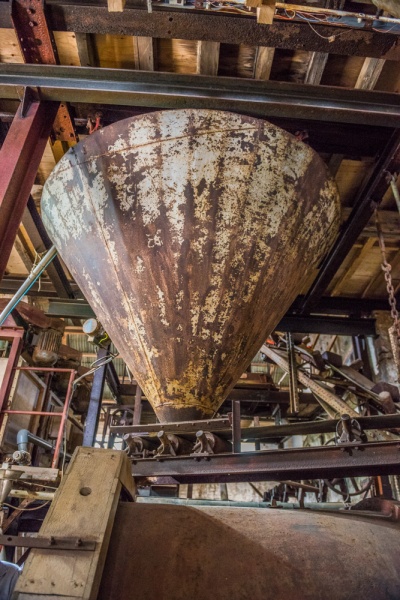 Be aware that the tour does NOT go underground; all the mine shafts are closed, so the tour takes in the area around the mine entrance and the processing machinery inside the mine buildings. You follow the path taken by ore as it enters the processing plant and see how each piece of machinery fulfils a distinct role in refining the rough ore and extracting the pure minerals within.

One newer feature at Force Crag Mine is a pair of heavy metal settling ponds. These pods are part of a pilot project to see if 'heavy metals' such as mercury, cadmium, arsenic, chromium, thallium, and lead, which are poisonous, can be safely removed from mine tailings by passing through a sewage mixture. 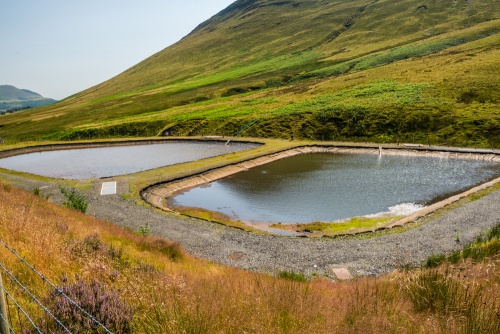 It does take some determination to reach Force Crag, but that's part of its attraction. If you are coming for one of the National Trust's open days, which are usually held at the weekend, you can park at the Methodist church in Braithwaite village (use the postcode CA12 5TL for your satnav). You can also park at the small layby on the B5292 Whinlater Pass road where the trail starts for Grisedale Pike. Though that is marginally closer, it can fill up quickly.

From the Methodist church parking area, cross over the bridge and turn left. Walk up the B5292 as it starts to rise. As the road makes a sharp right turn you will see a footpath bear off to the left following Coledale Beck.

Here you have a choice to make. The National Trust recommends that you take this footpath and follow it along the sloping hillside until it emerges onto the main track to Force Crag. 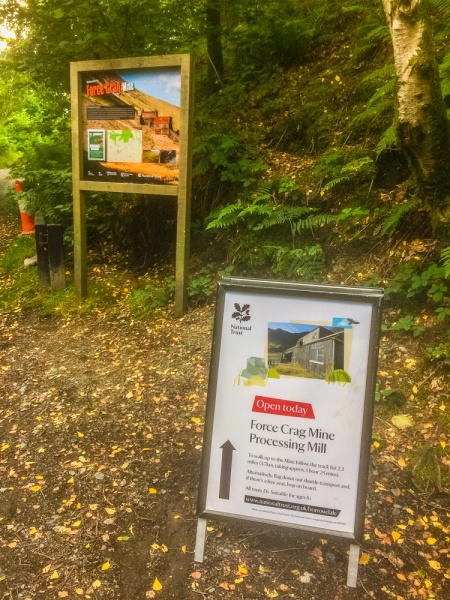 That's what I did when I visited the mine on a blisteringly hot day in late July. However, I found the trail overgrown to the point of being very difficult to navigate in places. I felt like I was bushwhacking through the jungle as I pushed through tall bracken. It was not a pleasant experience.

So, while the recommended route may be easy at other times of the year, I recommend staying on the B5292 and walk another 200 yards to the Grisedale Pike parking area. Here you will see an information panel on Force Crag Mine with a simple map of the route.

The map is really superfluous; all you have to do is go through the gate and follow the rough track as it heads along the valley side for 2.5 miles (4km) to the mine. The going is much, much easier than the recommended footpath further south. That footpath joins the mine track after 1/4 mile or so. 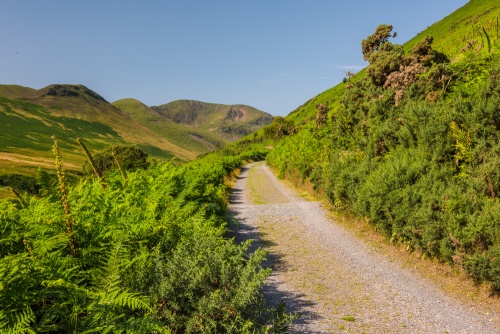 The trail rises as it follows Coledale Beck

The mine track is an easy route for cyclists, and on the day I visited the mine I was joined by two groups of cyclists, including a family with young children, so cycling is definitely an option.

If you don't fancy a walk or cycling, there is a third option. The National Trust offers a 4x4 shuttle service, but only if you've pre-booked through their website. 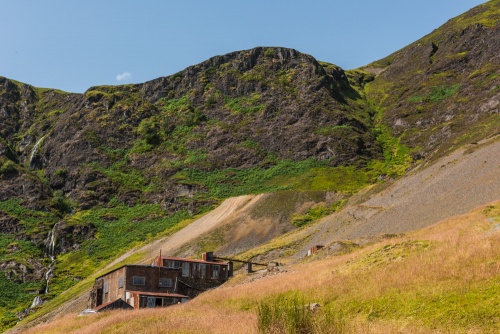 The mine buildings appear in the distance beneath Force Crag

I quite enjoyed the walk to Force Crag Mine; it took roughly 50 minutes to reach the mine, with a few pauses for taking photos - and the views are so stunning that you will definitely want to pause to take photos!

Take that time estimate with a grain of salt as the Trust information sign suggests that it will take 1 hour and 20 minutes each way. Frankly, you'd have to walk very, very slowly for it to take that long; the route is not difficult and is level or almost level for most of the way.

Force Crag is named for the waterfall, known locally as a 'force', that tumbles down from a hanging valley at the head of Coledale Valley. The waterfall is a popular destination for climbers in winter; the water freezes solid and can be climbed with the aid of special climbing gear. 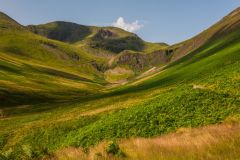 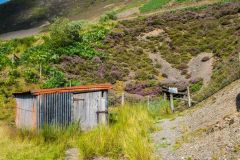 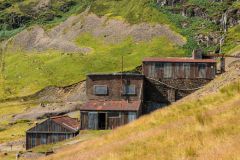 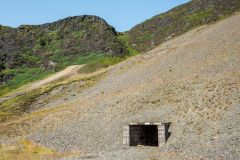 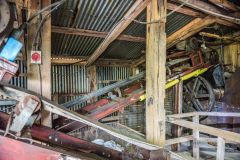 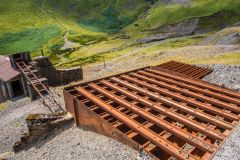 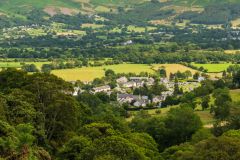 Nearest Accommodation to Force Crag Mine:

More self catering near Force Crag Mine >>

More Hotels near Force Crag Mine >>

More bed and breakfasts near Force Crag Mine >>