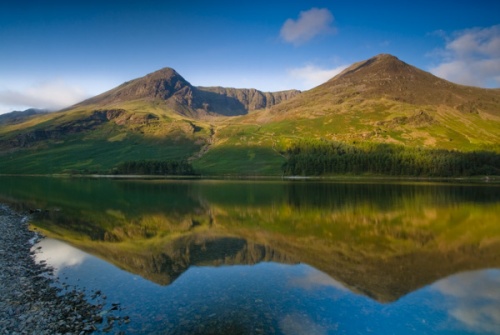 Buttermere has attracted visitors since the Victorian period. Not all have come to admire the water. Some came to admire one of the inhabitants of Buttermere. Mary Robinson was the daughter of a pub landlord in Buttermere village. Robinson's beauty was extolled by Joseph Palmer in his travelogue, 'A Fortnight’s Ramble in the Lakes in Westmorland, Lancashire and Cumberland', published in 1792.

Stopping in Buttermere to admire the 'Maid of Buttermere' became an essential part of any visit to the Lake District, and was celebrated by the Lakeland poets, including William Wordsworth, who called her the 'artless daughter of the hills'.

Robinson led a life suited to a modern-day soap star; hoodwinked into a bigamous marriage by a fraudster posing as a Scottish lord, she was exonerated of guilt in a sensational trial before her 'husband' was executed. She is buried in Caldbeck churchyard.

But back to the lake. Buttermere is situated at the foot of the Honister Pass. The Honister Slateworks at the summit of the pass provide the only recognizable tourist attraction in the area. The real star of the show is Mother Nature, for Buttermere's setting is impeccably beautiful and always alluring.

Buttermere lake is only about 1.5 miles long and 3/4 mile wide at most. The village of Buttermere, located at the western end of the lake, provides access to a number of extremely popular walking trails, including the ascent of Red Pike and Haystacks. The latter was made famous by Alfred Wainright, author of the popular Lake District walking guides. There is a memorial to Wainright in the village church of St James.

Two viewpoints in particular offer excellent views over Buttermere. The first is Fleetwith Pike. Park at the youth hostel beside Honister Slate and take the path towards Haystacks. The old slate workings are clearly visible on the hill above. A trail splits off to pass the works and finishes at a wonderful viewpoint near the summit of Fleetwith Pike.

The other viewpoint is from the top of Rannerdale Knotts. Take the A5289 road west from Buttermere until you reach Crummock Water, and park in the National Trust parking area to the right of the road. A short trail leads up to the summit of Rannerdale Knotts and gives excellent views east over Buttermere. 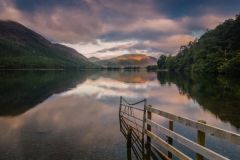 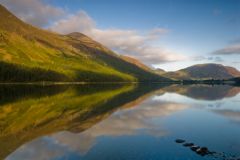 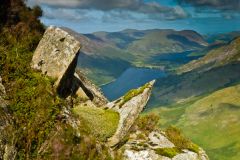 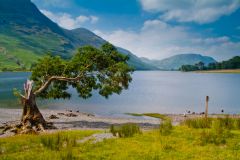 More self catering near Buttermere Lake