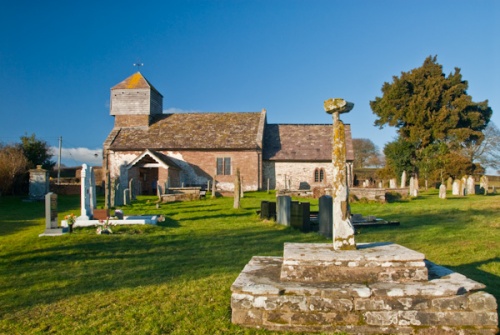 A historic church on the western fringe of Herefordshire's Golden Valley, in the foothills of the Black Mountains of Wales, the parish church of St Margaret gives its name to the village.

The church dates to the Norman era and contains a beautiful oak rood screen and loft described by Nikolaus Pevsner as one of the wonders of Herefordshire. The screen dates to around 1520. It really should not exist at all, as a law of 1547 decreed that all such screens be destroyed. St Margaret's was not, and that gives us a chance to appreciate the wonderful craftsmanship today.

The front of the screen is divided into 20 small panels by moulded muntins. The rails at the top and bottom are covered with a running foliage design of quite stunning intricacy and beauty.

The underside of the loft, or soffit, is decorated with a profusion of small bosses, decorated with a variety of designs, most of them on a floral theme. Mixed in amongst the floral bosses are several depicting human faces, some very humorous.

To be pedantic, there is no 'screen' to the screen at all, just fantastically carved and gilded posts supporting the rood loft. There are beautifully embellished niches in each post. These would originally have held figures of the Virgin Mary and St John. 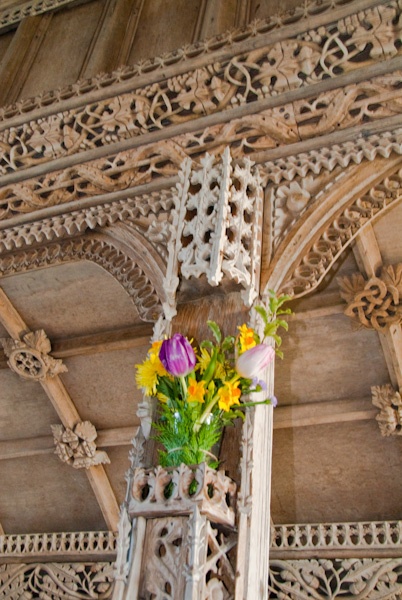 When I visited they were being used to hold simple vases of fresh flowers. As far as we know there are only 5 or 6 rood lofts remaining in England, of which St Margaret's is perhaps the finest.

Amazingly, you can actually access the loft. A set of very steep stairs is set inside the thickness of the wall in the north-west corner of the chancel. The stairs lead up to the rood loft, giving you a good view out over the nave, and a close look at the 16th-century nave roof.

The building itself is simple, with a low nave and chancel, with a pyramidal bellcote tower and a small south porch. The interior boasts a number of restored wall paintings of Biblical texts. The most amusing - or instructive of these, depending on your state of mind - is directly over the south door, so that as you leave the church you can read the admonition to 'Go and Sin no more'.

On the west jamb of the south door is a small carved cross. Crosses like these were often carved by pilgrims to give thanks for their safe return from a trip to a holy place. In the churchyard is a medieval preaching cross on a stone base.

At the west end of the church is a simple octagonal font, probably 14th century in date. Also in the nave, set into the south wall, is a tomb recess, probably 14th century in date. This may, in fact, be an Easter Sepulchre. The oldest part of the church, however, is the chancel arch, which is hidden from view by the rood screen from the nave, but can be seen clearly from the chancel. The arch is probably 12th century, but may date to as early as the late 11th century.

St Margaret's church was included in Simon Jenkin's 'England's Thousand Best Churches'. The church is located on the Herefordshire Way footpath and as such is often visited by walkers taking part in the annual Herefordshire Festival of Walking. 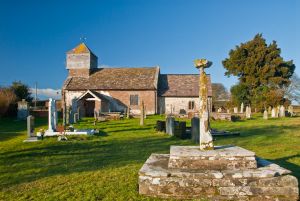 The Agent's House Bed And Breakfast - 10 miles
Hereford, Herefordshire
From: £70.00