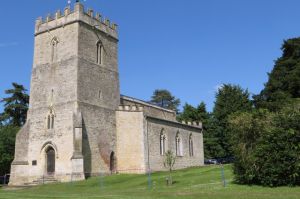 Thornton, St Michael's Church
Thornton College Girls School encloses a former medieval monastic site. In the school grounds is the 15th-century church of St Michael and All Angels, located in parkland near the River Ouse. The church is essentially just a nave and embattled west tower, the chancel having been demolished in 1780.

The current east window occupies the space that was the original medieval chancel arch. The church underwent another rebuilding in the Victorian period, but it retains its Georgian box pews, including a squire's pew, and a double-decker pulpit. The most interesting historical features of Thornton church are the wonderful alabaster effigies of John Barton and his wife, and the late medieval tomb chest of Robert Ingylton.

This tomb chest was removed to serve as a curiosity in a grotto built in the Thornton House grounds and was only replaced in the church in 1946. There is also the effigy of an unknown 14th-century priest, found beneath the floorboards of the north aisle during restoration work.

The first known church at Thornton was dedicated in 1219. The current St Michaels was built roughly a century later, possibly by John de Chastillon, who is known to have founded a chantry chapel here in 1344. When John Barton died in 1434 the terms of his will requested his successors to create a chantry for himself and his parents.

He also provided funds to give six pence weekly to six poor people, provide clothes for six poor children each year, and for the parish priest to educate the children of the town. The provision of a chantry was eventually carried out by Robert Ingylton, who rebuilt the 14th-century chapel according to Barton's wishes around 1464.

On the east wall is a painted depiction of the royal arms. This was uncovered in 1992, and had apparently been painted on top of two earlier royal coats of arms! One final furnishing worth noting is a very nice relief carving of the royal coat of arms, made of different varieties of wood joined together.

The church is no longer used for regular worship and is in the care of the Churches Conservation Trust. There is a very thorough historical review of the church on the website of the Wolverton and District Archaeological and Historical Society.

The Angel Restaurant with Rooms - 17.4 miles
Aylesbury, Buckinghamshire
Stay from: £70.00

The Granary at Fawsley - 17.8 miles
Daventry, Northamptonshire
Stay from: £50.00 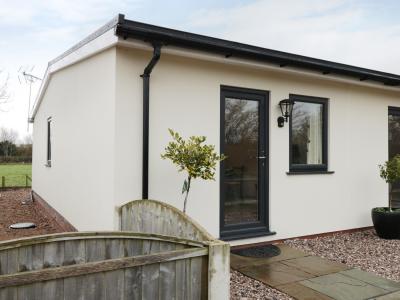 An attached barn conversion in the Lancashire village of Thornton, sleeping two people in one bedroom.
Sleeps 2 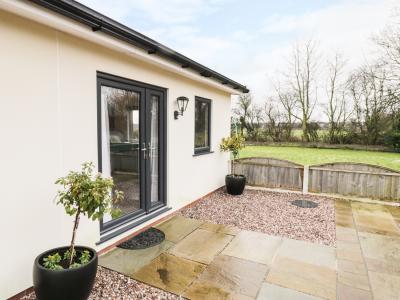 An attached barn conversion set on the outskirts of Thornton in Lancashire, able to sleep up to four people in one bedroom.
Sleeps 2