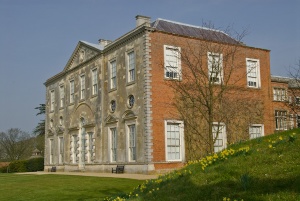 In his popular book 'England's Thousand Best Houses', Simon Jenkins opens his description of Claydon House with the words 'Claydon contains the most stunning interiors in England'. Once you've seen those interiors for yourself you may find that Mr Jenkins has understated matters.

Claydon is a Georgian home notable for its association with Florence Nightingale, and its truly remarkable interior carved decoration. The house itself is an unpretentious 18th-century rectangle in the classical style, with a large porticoed entry.

If the exterior is unremarkable, the interior is a real stunner. The rococo decoration is probably the most striking in any English stately home. A series of rooms are embellished in Chinese and Gothic style, with incredibly ornate carvings by Luke Lightwood. 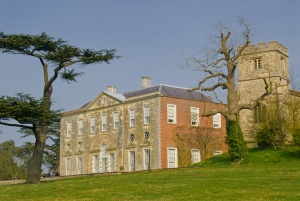 The House and church

Lightfoot was employed by Lord Verne to transform his Jacobean family estate into the more fashionable Georgian home. Lightfoot was hired in 1757, and though his work was brilliant, it was not universally well-received, nor was it cheap.

Architect and patron fell out, partly over the expense of Lightwood's extravagant interiors, partly because those interiors were not to everyone's taste. One of Verney's friends, Sir Thomas Robinson, urged him to abandon Lightfoot's rococo for the more sedate Palladian designs of Robert Adam.

Verney fired Lightfoot after a decade of work and sued him for not finishing the work as agreed. He then brought in Joseph Rose, the stuccoist used by Robert Adam for his best Palladian work. But the damage - or the work of genius - was done.

Verney's daughter destroyed two-thirds of her father's house, leaving only one wing, which is the house we see today. It is hard to pick the best feature of Claydon; the combination of Lightwood's carvings and Rose's plasterwork is simply breathtaking in the hall, library, and saloon, but the prize must go to the exquisite staircase, made of mahogany with ironwork balusters, under a dome that fills the interior with light.

The upstairs rooms are even more overblown than the ground floor, and include a Chinese Room, with a quite astonishing carved canopy creating an alcove.

Honestly, words cannot do justice to the interiors of Claydon. It is a shame that when we visited, the National Trust did not allow indoor photography.

Verney's house sits on a rise looking over peaceful parkland and is flanked by a wonderful medieval church. Within the church is a huge monument to Sir Edmund Verney, killed at the Battle of Edgehill in 1642.

In the 19th century, the second Baronet Verney married Parthenope, sister of Florence Nightingale. Florence was a frequent visitor to Claydon, and her bedroom on the second floor contains many of her personal effects and momentoes, including letters, clothing, and her travelling communion set. 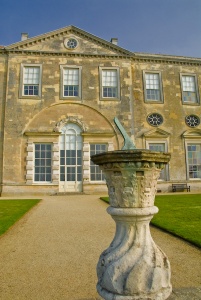 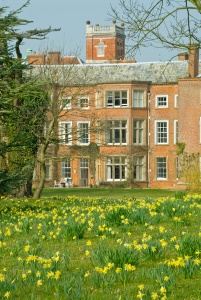 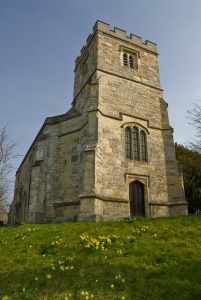 More self catering near Claydon House

The Angel Restaurant with Rooms - 10.3 miles
Aylesbury, Buckinghamshire
Stay from: £70.00