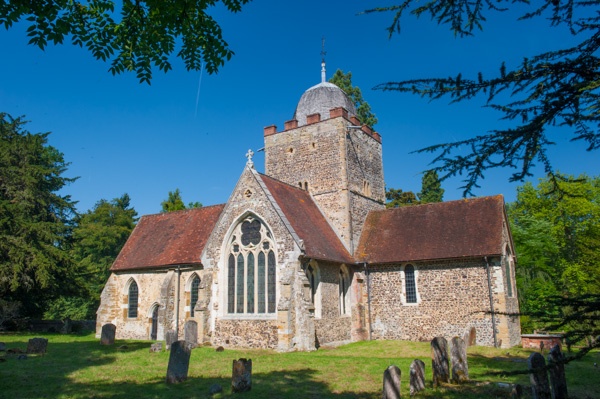 A fascinating historic church within Albury Park, St Peter and St Paul's dates to the Saxon period. The most immediately striking feature is a peculiar shingled dome set atop an embattled central tower. 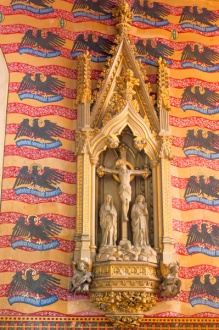 The Saxon building was greatly rebuilt during the Norman period and features a 13th-century door. The most interesting parts of the interior are a 15th-century wall painting depicting St Christopher and an ornately decorated south chapel.

The old south transept was rebuilt by AW Pugin, the architect primarily responsible for the Houses of Parliament in London, to create a mortuary chapel for the Drummond family of Albury Park. The chapel features a richly tiled floor, colourful stained glass, and painted ceiling and walls, and, of course, numerous Victorian-era Drummond memorials.

A much earlier memorial is a medieval brass to John Weston, dated to 1440 in the chancel. Just in front of the altar is a grave slab to Henry Wicks, who was born in 1580. Wicks rose to become Paymaster of the Office of Works but when the Commonwealth was proclaimed after the Civil War he moved to the nearby village of Shere and was buried at Albury.

The church is no longer used for regular worship and is in the care of the Churches Conservation Trust. As with many CCT churches, the interior is sparsely furnished, which actually helps you appreciate the architecture and decorative scheme. I loved it, and the setting in the grounds of Albury Park is idyllic! 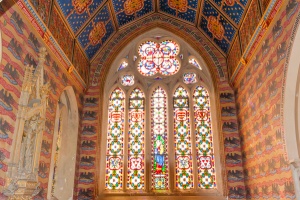 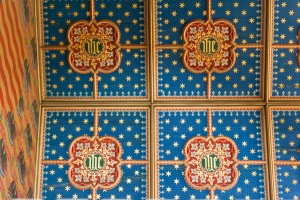 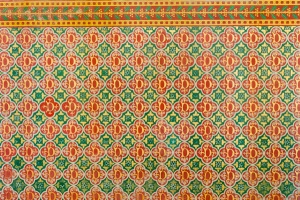 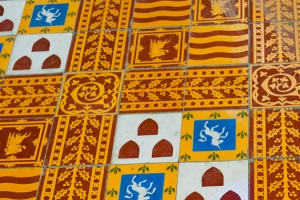 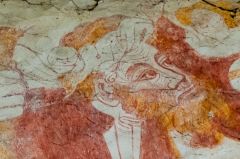 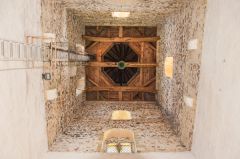 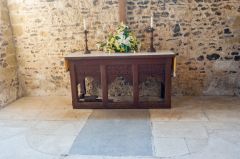 More self catering near Albury Church >>