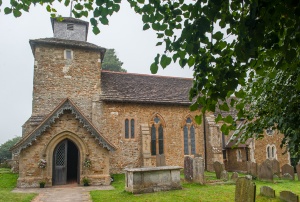 You have to make a concerted effort to find St John's church; it stands alone on a sloping hilltop, with views over the North Downs, well north of the hamlet of Wotton itself. The church was founded in the Saxon period, but only partial foundations remain from that period.

The tower and chancel are Norman, and the rest is 13th century, with one notable exception; to the north side of the north aisle is the red-brick Evelyn Chapel, burial place of generations of Evelyns from Wotton House.

The most famous burial within the chapel is that of diarist John Evelyn, who died in 1706. Evelyn himself probably planted some of the large trees that ring the leafy churchyard. Within the churchyard are several curious 'bedhead' tombs, and the memorial to Evelyn's nephew William Glanville, marked by an urn of white marble. 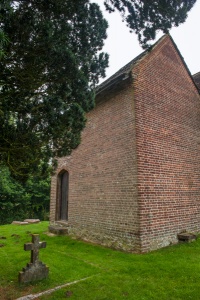 The church is built of Bargate rubble, dressed with firestone and Bargate stone. The south porch and vestry were added during a comprehensive restoration in the Victorian period. The nave walls are very high, measuring some 18 feet, suggesting that they are perhaps Saxon survivors. The tower arch, with its flattened horseshoe shape, also suggests a Pre-Conquest date.

In the west wall of the tower is a curious blocked arch which may have once linked to a 'porticus', a projecting chamber which gave the overall church plan a cruciform shape. In Evelyn's diary, he recalls being educated from the age of four years in the porch, though he probably meant the tower, rather than the medieval porch which preceded the Victorian one we see today.

Within that 19th-century porch is a beautifully carved doorway dated to about 1200 AD, with carved faces on the chamfered edges of the inner order. Here are likenesses of priests, nobles, a king and queen, and a pope and pilgrim. 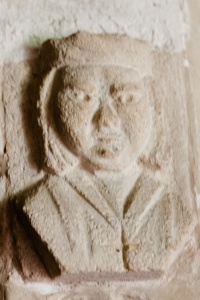 One unusual feature is the 16th-century wooden screen separating the chapel from the north aisle. This dates from 1623 and is one of the rare surviving screens in Surrey. Within the Evelyn chapel is a white marble font of a style that suggests it may have been crafted by the time of Evelyn's birth in 1620. If so he was almost certainly baptised in the circular basin.

Evelyn's tomb is plain, in a coffin shape, as is that of his wife Mary. Evelyn's preference was to be buried within a laurel grove he planted himself at Wotton House, but here he lies, within his family chapel. The inscription rather sums up his philosophy as 'all is vanity which is not honest, and that there is no solid wisdom but in real piety.'

A much more grandiose alabaster monument is that of George Evelyn (d. 1603) who bought Wotton House. George's fourth son Richard is commemorated by an ornate alabaster monument. Richard, the father of the diarist John, served as High Sheriff of Surrey and Sussex and died in 1640. His daughter Elizabeth Darcy is remembered by a weeping effigy over a recumbent baby in its cot, symbolising a stillborn child.

In 1701 Evelyn gave the living of Wotton to a Dr Bohun, describing him as ' a learned person and excellent teacher'. A wall tablet to Bohun (d. 1716) stands on the south side of the chancel. When he died the rector gave £20 to decorate the altar and a further £20 to the poor of the parish.

We almost gave up before finding St John's church. The postcode took our satnav to the turning into the village by the pub on the A25. As we eventually discovered, the unmarked lane to the church lies opposite the pub, on the north side of the A25. Don't turn into the village itself unless you want to park in the village car park and walk the 400 yards to the church! There is a small parking area beside the church, which is in an extremely pretty location. 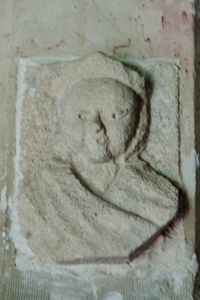 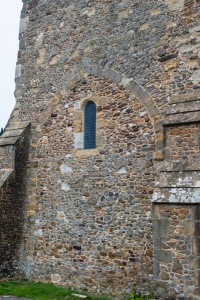 More self catering near Wotton

More bed and breakfasts near Wotton