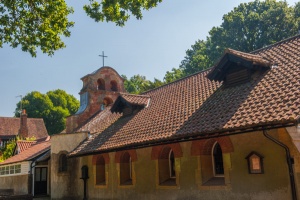 St Martin's church in the rural village of Blackheath is unlike any other country church I've visited in England - and that's a lot of churches! In fact, while looking for the church we drove right by it, not realising it was a church at all due to its unusual style.

St Martins owes its existence to Sir William Roberts-Austin (1843-1902), who fell in love with the village after a holiday visit. Roberts-Austin was a metallurgist with the Royal Mint; famed for his research into the properties of metals and alloys.

In 1892 Roberts-Austin called in architect Charles Townsend (1851-1928) to design an unusual building in Arts and Crafts style. Townsend was best known for his work in the emerging Art Deco fashion and would go on to design the Whitechapel art Gallery (1897) and Horniman Museum (1898) in London.

At Blackheath he created a low-roofed structure modelled after an Italian wayside chapel, inspired by Byzantine and Romanesque buildings he had seen on his travels in Europe. Townsend studied under William Nesfield, was a member of the Art Workers Guild (a professional body of Arts and Crafts Movement artists, designers, and architects), and an expert in Italian mosaics.

Townsend designed an oblong hall with a low, barrel-vaulted ceiling. In accordance with Arts and Crafts ideals, local materials were used throughout. For example, the lectern and candleholders were made from local ironstone, smelted at the Royal Mint. The chancel walls and sanctuary arch are beautifully decorated alabaster, created by John Daymond and Son of London. 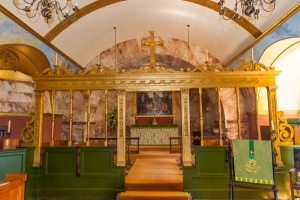 Unlike many country churches, there are few memorials within St Martins. One wall tablet commemorates the life of Roberts-Austin, another to a local man, Walter Prescott, who worshipped here for 30 years before his death in 1926.

A more unusual memorial is a stained glass window by the pulpit, commemorating John Bell, the inventor of asbestos, who worshipped at Blackheath, though he lived at Lockner. The odd pulpit desk, made of copper, is also dedicated to Bell. The decoration throughout the church is a wonderful mix of ornate gilding, smoothly carved alabaster, and beautifully crafted Arts and Crafts detail.

Though these interior features are interesting, there is one overwhelming reason to visit Blackheath's church, and that is the series of striking wall paintings that illuminate both walls of the nave. These paintings were executed by Anna Lea Merritt (1844-1930), an American-born artist, over the years 1894-5.

The story of how Merritt met Austin-Roberts is an interesting one; it seems that Sir William's wife served on the Women's Building Committee for the Chicago World Fair in 1893. Merritt exhibited a decorative mural at the fair, using a new process.

Mrs Roberts-Austin realised that the new technique would be ideal for combating the damp environment of a church wall, and as a result, the commission to paint the interior of Blackheath's new church was offered to Merritt in 1893. 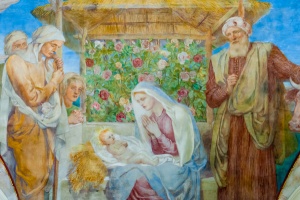 Merritt was the first woman artist to have a work purchased by the Tate Gallery in London (Love Locked Out, 1890, inspired by the tragically early death of her husband, Henry Merritt. Her art was inspired by the Pre-Raphaelites, but it is fair to say that she developed a unique and eye-catching style all her own.

At Blackheath she took the unusual step of painting on dry plaster using silicone-based paints to counter the effects of damp. The paints were made up of metallic oxides and soluble silicates, a process discovered by Adolph Kheim.

The result is that her paintings, though over 100 years old, show remarkable vibrancy. The new technique has allowed the paintings to retain their colours, if we can judge by a preliminary sketch preserved in the National Museum of Women in the Arts in Washington, DC.

The technique used here was so groundbreaking that Merritt and Roberts-Austin presented a paper outlining the concept to the Society of Arts in 1895. The paintings primarily depict scenes from the life of Christ, but there are very striking panels showing St Martin and St John the Evangelist in the Wilderness.

The figures were modelled by villagers of Hurstbourne Tarrant, Hampshire, where Merritt lived, dressed in clothes purchased in the Holy Land by Merritt on a previous visit. All scenes are set in a garden, in accordance with Pre-Raphaelite focus on nature.

The colours are ethereal, light, the mood uplifting, a reflection of the artist's beliefs that true religious feelings are accompanied by light, hope, and cheerfulness. The Blackheath murals are the only surviving mural work performed by Merritt in the last decade of the 19th century. 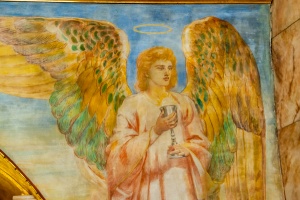 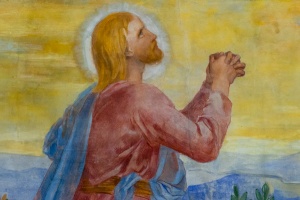 The Mount of Olives 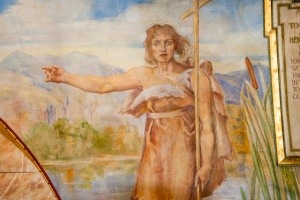 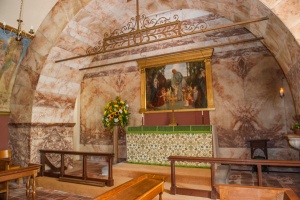 The sanctuary with its alabaster arch 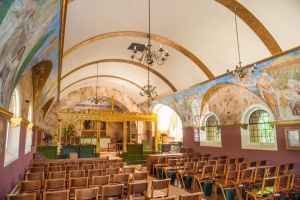 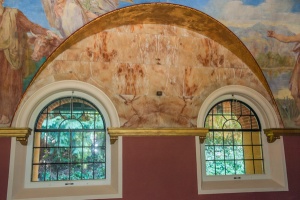 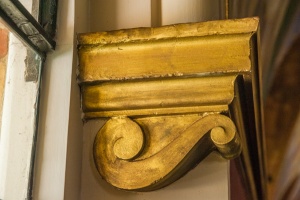 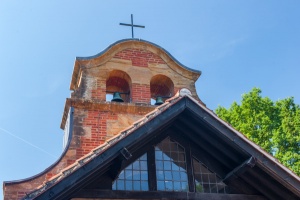 More self catering near Blackheath

More bed and breakfasts near Blackheath