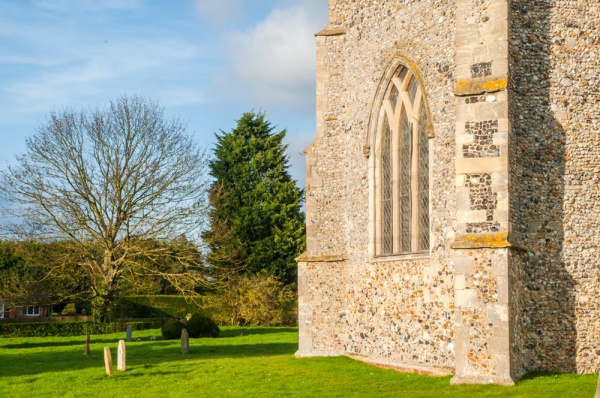 A quite lovely Norman church that was rebuilt in the 14th century, All Saints consists of a nave, chancel, south porch, and west tower. Strangely, everything but the chancel is in the care of the Churches Conservation Trust, while the local parishioners still worship in the chancel.

The north doorway dates to around 1130 and features scalloped capitals and typical Norman chevron patterns. The south doorway is slightly later, inserted in the 13th century. The real treasure of All Saints is the excellent series of 13th-century wall paintings in the nave. These were preserved for centuries under a covering of whitewash and only uncovered by accident during restoration work.

The paintings tell the story of the Incarnation, with scenes spanning the Annunciation to the Nativity. The quality is of the highest order, and though many parts are faded, most of the scenes are easy to discern. You can make out winged angels, figures with haloes, and the faint outline of a small baby.

Also in the nave is a very nicely carved 15th-century pulpit shaped like an hourglass, and an effigy in stone to an unknown medieval woman, set into a low niche. This effigy is thought to date to about 1300 but there is no indication of who the woman might be. The octagonal font is 15th century, with quatrefoil panels and floral motifs under the bowl. One unusual touch is an old plough at the back of the nave.

On the north wall of the chancel is the ornate tomb of Margaret Boteler, who died in 1410. The deceased is portrayed in beautifully detailed period costume under a decorated ogee arch. The arch and the base of the tomb are decorated with colourfully painted shields. The chancel also retains some fragments of original medieval glass and a sedilia and piscina carved in the 14th century.

The church is entered through an unusual timber-framed south porch.

By 1960 the body of the church was in poor repair. Everything but the chancel was given to the Churches Conservation Trust, and the parish converted the chancel for use as their parish church. The chancel is separated from the rest of the church by a glass partition. The official church website for Church of England services in the chancel is at http://www.achurchnearyou.com/newton-green-all-saints/. For Churches Conservation Trust visiting details see the link below. 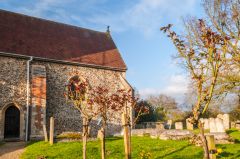 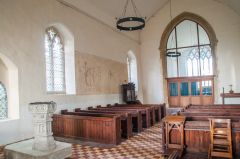 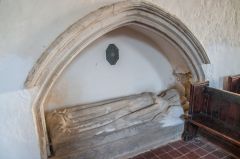 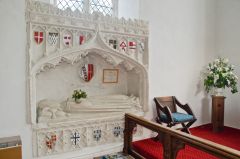 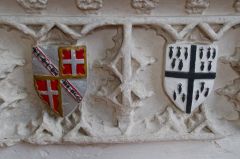 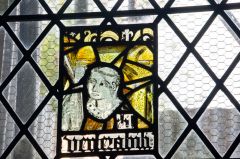 More self catering near Newton Green, All Saints Church >>

More bed and breakfasts near Newton Green, All Saints Church >>