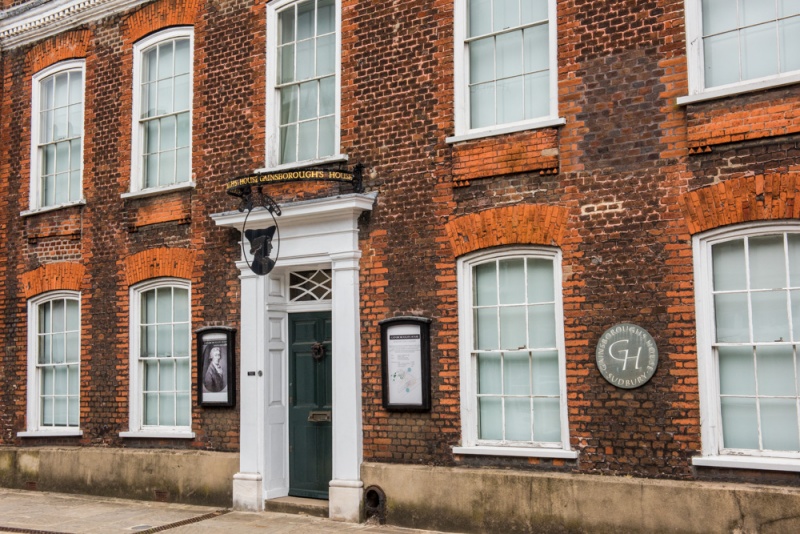 An unobtrusive red brick building on Gainsborough Street, just west of Sudbury's busy market place, is the birthplace of 18th-century painter Thomas Gainsborough, one of the most influential British artists of his generation.

The facade of the house may be deceiving, as the brick was added to a much older timber-framed building by Gainsborough's father, John, about 1720. The actual structure is timber-framed with wattle and daub infill. The house was originally two separate cottages, but these were joined together in the early 16th century. 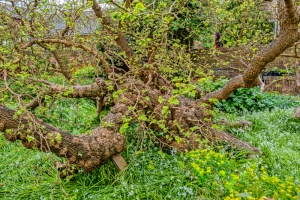 Gainsborough's House features the largest collection in the world of the artist's paintings, drawings, prints, and sketches. Highlights of the collection include Wooded Landscape with Cattle by a Pool, 1782, and Portrait of Abel Moysey M.P., 1771, among many other works. In addition, there is an extensive collection of works by other artists on subjects related to Gainsborough, the house, or to Sudbury.

The relatively narrow frontage of the house belies the extensive gardens to the rear of the house, where summer sculpture exhibitions are held. Also in the gardens is a mulberry tree believed to be over 400 years old. At the back of the garden is a printmaking workshop, which is available for use upon payment of an annual fee.

You don't actually enter through the front facade of the house on Gainsborough Street. Rather, you go around the corner onto Weaver's Lane. You enter through a modern shop which gives access to the gardens behind Gainsborough's House. 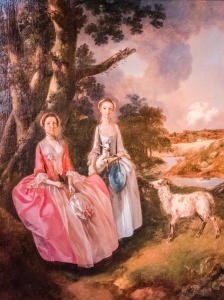 We thoroughly enjoyed our visit. Be aware that very little remains from Gainsborough's life here. The rooms have been beautifully restored to the way they would have looked during the 1730s, but almost none of the furnishings belonged to the Gainsborough family.

More than a historic building, Gainsborough's House is really a superb art gallery devoted to Gainsborough's life and work, set in his birthplace and childhood home. There is a staggering wealth of paintings and sketches on display, from early works to paintings made when the artist's popularity was at its height. If you enjoy Gainsborough's art, there simply is no better place to visit in Britain than this delightful gallery.

While at the House I picked up a brochure on Gainsborough's Sudbury, with a map of places associated with the artist or simply historic sites he would have known as a child. It is well worth picking up a brochure and exploring a few of the historic places, most of which are just a few minutes stroll from the House.

Among these is the Gainsborough family tomb in All Saints churchyard. Gainsborough himself is not buried there; he chose to buried under a modest gravestone at St. Anne's Church, Kew. 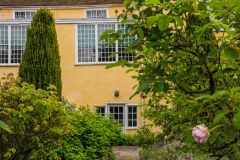 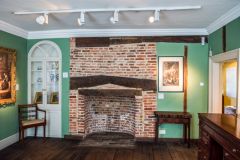 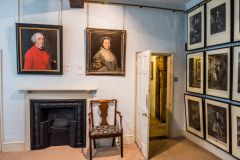 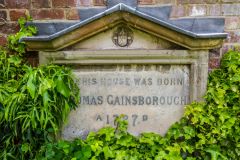 More self catering near Gainsborough's House