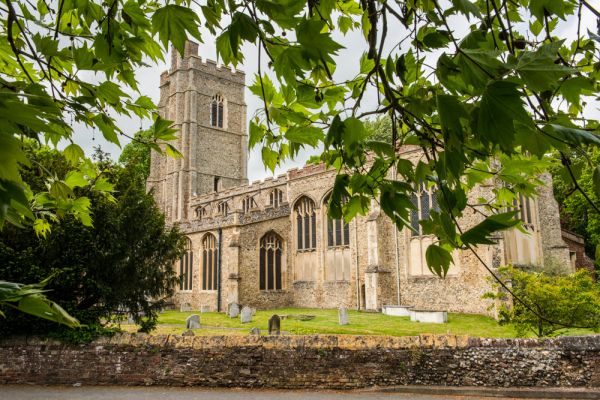 The Suffolk market town of Sudbury is blessed with three historic churches within a short stroll of each other. In the centre of town is St Peter's, now redundant, and south-west of the town centre, near the River Stour, is All Saints, where the family of painter Thomas Gainsborough are buried. The third church is St Gregory's, and in some ways, it has the most interesting history of the three.

There has been a church on this site since at least the 8th century, though the first documentary evidence comes from a will dated to AD 970.

At the time of the Norman Conquest in 1066, the church belonged to Earl Morcar, but after the Norman success at the Battle of Hastings it was granted to the Earl of Gloucester, and then to the de Clare family.

The advowson of the church (the right to grant the benefice) passed to the nuns of Eaton in Warwickshire (Nuneaton), but the biggest change came in 1374 when Simon Theobald, Bishop of London and a native of Sudbury, decided to found a college for training priests in his home town, located on the site of his father's house.

Simon and his brother John purchased the advowson of St Gregory's from the nuns of Eaton and bestowed it on the Warden and fellows of their new college, which stood on the site now occupied by Walnuttree Hospital. 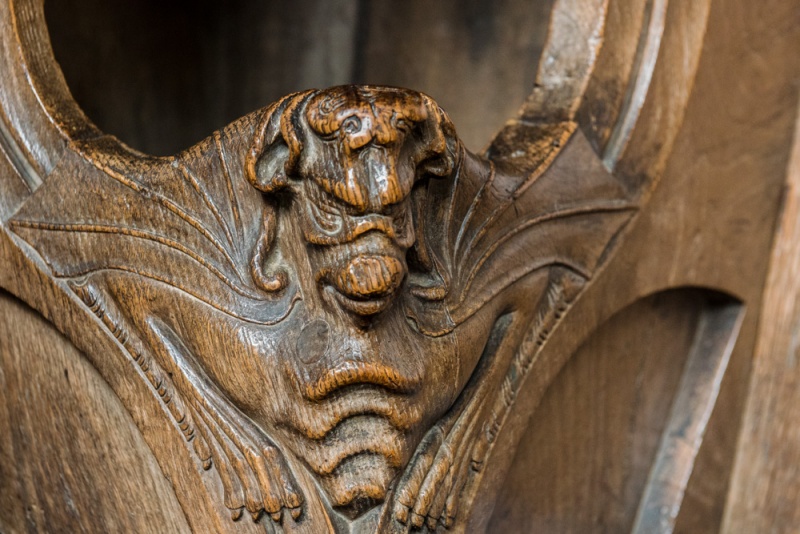 Bishop Simon, popularly known as Simon of Sudbury, rose to become Archbishop of Canterbury in 1375 and was made Richard II's Chancellor. In that role he helped launch one of the most unpopular measures in English history; a poll tax. This was a tax on all citizens, regardless of income, so naturally it struck at poor people more heavily than the wealthy. Peasants across England were outraged at the poll tax, and it was one of the factors that prompted the 1381 rebellion known as The Peasant's Revolt.

Bands of poor peasants marched on London, hoping to get King Richard to repudiate the pool tax and agree to better wages for agricultural workers. An angry mob of peasants broke into the Tower of London, and found Simon of Sudbury. The unfortunate archbishop was summarily executed by the mob on Tower Hill, and his head stuck up on London Bridge. The rebellion fizzled after Richard II agreed to the peasant's demands so that they began to disperse, then went back on his word and had the leaders executed.

As for Simon of Sudbury, his severed head was brought back to the place of his birth, and kept in the vestry of St Gregory's church, where it can be seen today. The vestry is usually kept locked, but the mummified head is on display for special events and heritage open days. The rest of Simon's body was buried in Canterbury Cathedral.

In the north aisle is a grave slab said to mark the burial place of Simon's parents Nigel and Sara Theobald. 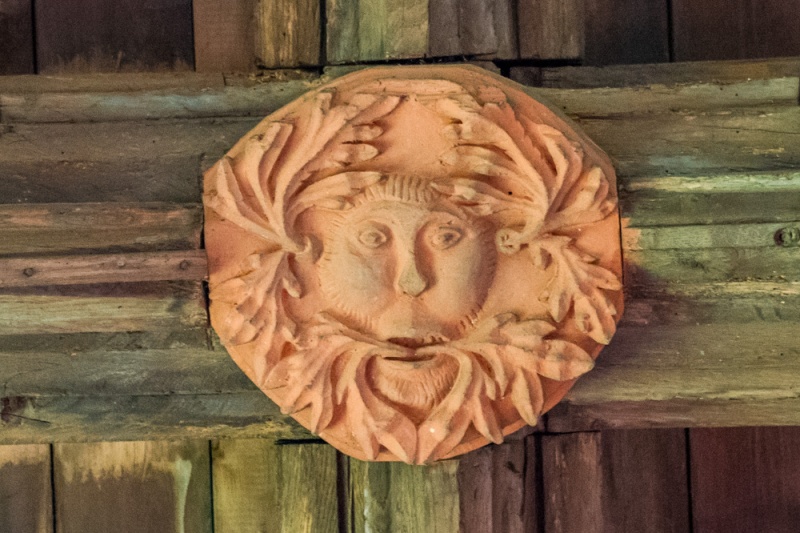 St Gregory's is the resting place of another medieval bishop, Thomas Jane, Bishop of Norwich, who died in 1500.

Another fascinating memorial is that of Thomas Carter, who died in 1706. His tomb bears an inscription in Latin which translates rather amusingly as:

'Traveller, I will relate a wondrous thing. On the day which the aforesaid Thomas Carter breathed his last, a Sudbury camel passed through the eye of a needle, if thou hast wealth, go do likewise. Farewell.'

As for the church itself, the building we see was erected around 1370, and the south aisle was added a hundred years later. The real highlight is the chancel, which is extraordinarily long by the standards of the day. In the chancel are 20 late 15th-century oak stalls with carved misericords. Misericord carvings include a dragon, a dog, birds, and human heads.

On the wall is a fascinating medieval panel from the rood screen, depicting Master John Schorn, a popular healer credited with forcing the devil into a boot. Only three other rood screens in England are known to have been painted with Schorn's likeness, and all three are in north Norfolk, which makes St Gregory's example a rare survivor. The panel shows Schorn, dressed in typical medieval robes, holding a boot in one hand, with his other hand raised in a blessing.

Separating the chancel from the nave are restored sections of the rood screen. Only the base of the screen remains, with figures repainted in the Victorian period.

The church interior was heavily restored by William Butterfield in the 1860s after the building had become dangerously decrepit.

One of the most striking features is an ornately carved and painted 15th-century font cover. The cover is in the style of a spire, rising in stages above the font bowl to a height of 12 feet (roughly 3.6 metres). The vivid red and gold paint is original. One feature that isn't immediately apparent is that the lowest stage of the cover telescopes up inside the upper section so that the font can be used without having to raise the entire cover.

St Gregory's is a fascinating medieval building, full of historic interest. The ornate font cover is stunning, but my favourite feature was the wonderful array of 15th-century carvings on the chancel stalls. The church is usually open to visitors during daylight hours and was open when we visited. 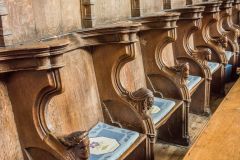 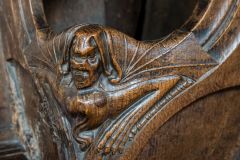