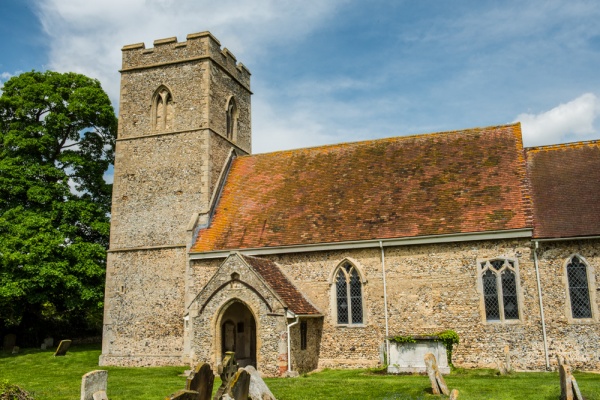 An isolated country church near a lost medieval village, St Andrew's is worth the effort of getting to for the quite wonderful Norman door. The door is of three moulded arches, quite beautifully carved with traditional Norman motifs.

The doorway is crafted with a pair of octagonal shafts on each side of the opening, with moulded capitals supporting a semi-circular arch embellished with odd tongue-shaped carvings. 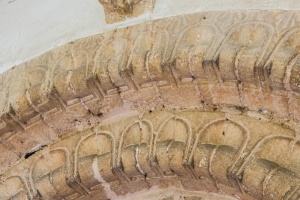 Carving on the 12th-century doorway arch

The door points to the foundation of Sapiston church in the 12th century. Inside, the oldest feature is the 13th-century font. The nave, chancel, and west tower date from a century later. There are traces of a medieval wall painting depicting St Edmund's gory martyrdom on the north wall.

In the interior is a memorial to author Robert Bloomfield, who was born at nearby Honington. Bloomfield's most popular work was The Farmer's Boy (1800), a poem telling of his life growing up in the countryside.

The poem sold an astonishing 26,000 copies as Bloomfield became an overnight celebrity, only to be just as quickly cast aside by fashionable literary circles. In the churchyard is the grave of William Austin, Bloomfield's employer.

One slightly odd touch is the royal coat of arms to George II. If you look closely you can see that the '2' next to the royal initials was added in, and the script suggests that the painter took the easy way out and simply reused an earlier Stuart coat of arms rather than paint a whole new coat of arms for his Hanoverian monarch.

The nave roof is 14th century, or perhaps earlier. Most of the benches sport 19th-century poppyhead ends, but one bench has original 15th-century decoration. Perhaps the best memorial is to John Bull (d. 1643), surmounted by a pair of obelisks and a coat of arms. Near the sanctuary steps are a pair of 17th-century grave slabs, including one to Thomas Aldham (d. 1640) and another to his wife Iana Aldham (d. 1632).

St Andrew's is now in the care of the Churches Conservation Trust but is well worth a visit.

Sapiston church is not easy to find. If you use the official postcode for your satnav be aware that it will lead you to a house on Bardwell Road on the eastern edge of Sapiston. The church is actually at the end of Hilly Close, a private road leading south off Bardwell Road.

There is a 'private' sign at the entrance to the lane. It wasn't clear to me whether I should drive down the lane to the church, or park and walk. I chose the latter. A 5-minute stroll through lovely countryside brings you to The Grange, and you can see the church standing in a stone-walled churchyard. The location is utterly superb. 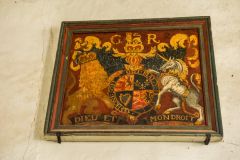 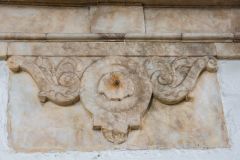