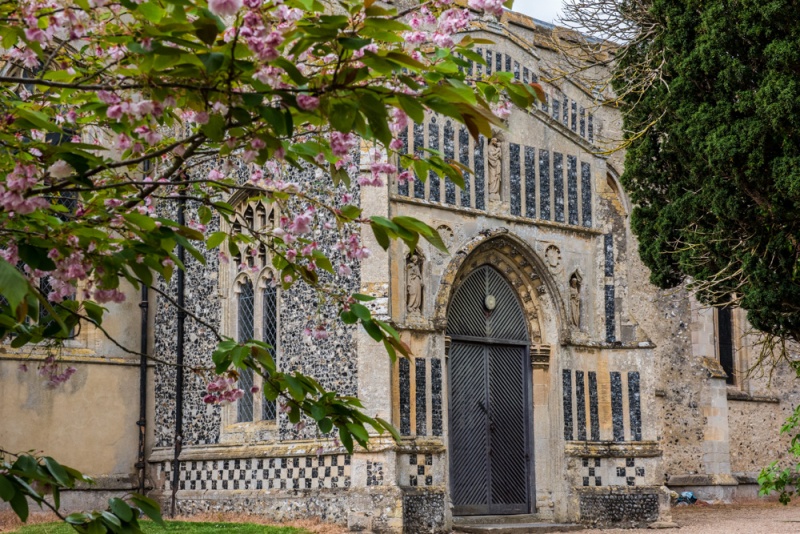 There was a church at Bardwell long before the Norman Conquest, but no trace remains of that Saxon church. The first record of a church is in the Domesday Book of 1086, but the attractive building we see today is a product of the late 14th and early 15th centuries, with the final major work completed around 1421. The one exception is the chancel, which was rebuilt and its floor lowered during a Victorian restoration of 1853.

The medieval church owes its present form to its major patrons, Sir William de Bardewell (d. 1434) and his wife, whose arms appear in the spandrels of the arch over the doorway of the south porch. During the medieval period, the church was home to a Guild dedicated to St Peter, to which most of the village population seems to have belonged. The medieval Guild Hall is now a private house called, not surprisingly, The Old Guildhall, on Quaker Lane, near the church.

The hammer-beam roof in the nave dates to 1421. It was originally decorated with carved figures of angels, but only four of the angels remain. One carries an open book with the date of the rebuilding inscribed. 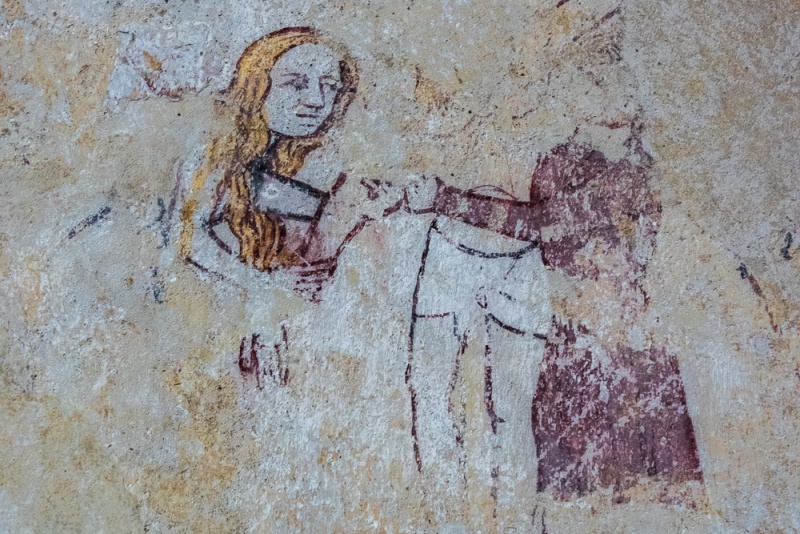 14th-century wall painting of The Deposition

Bardwell church boasts traces of wall paintings on the north and south nave walls. Though worn, the paintings are still vivid in places. Though the scenes are hard to decipher, you can plainly see several faces. One is thought to represent The Deposition (taking Christ down from the cross), as part of a larger Passion Cycle.

Another painting appears to represent the popular tale of The Three Living and The Three Dead, a reminder of human mortality. The paintings were lost for centuries beneath coats of whitewash and only uncovered during restoration work in the 1850s. Unfortunately, some of the paintings were covered by whitewash again, and the instability of the underlying plaster prevents any further attempts to uncover them.

On the north wall hangs a royal coat of arms to George II, and nearby is a memorial to men from Bardwell who died in the Crimean War. In the north-east corner of the nave are four traceried panels rescued from a 15th-century screen.

At the north-east end of the nave are a pair of windows with excellent examples of 15th century painted glass. The detail of the glass is exquisite, and one panel shows Sir William de Bardeswell, fully clad in his armour, kneeling in a pose of great piety. One odd note is that the figure of Sir William is shown with a goat. It is not an emblem of devotion, but his family symbol. The other window features two more recognisable figures in 15th-century costume, thought to be Sir Roger Drury and his wife Margery. 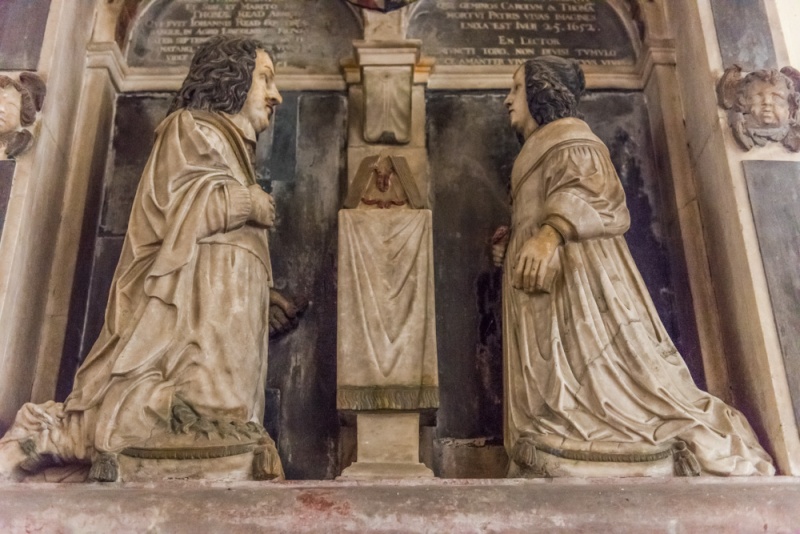 On the wall is a framed brass rubbing taken from the memorial brass of William and Margaret Bardwell in West Harling church, Norfolk. William was the grandson of Sir William de Bardewell, the patron of Bardwell church. The Latin inscription translates as 'Pray for the soul of William Bardwell, Squire, Patron of this church, and Margaret, his wife, who died in one week in the month of January AD 1508'.

The walls of the chancel hold tablets to members of the Reade and Croft families. On the south wall is a very good memorial to Thomas Reade and his wife Bridget (c. 1651), showing the couple kneeling and facing each other, while underneath are smaller figures of their seven children. Several of the children are shown holding skulls, a symbol that they died before their parents. It is a touching reminder of how often children failed to grow to adulthood.

Bardwell church is a beautiful country church, full of historic interest. I found it open when I visited. 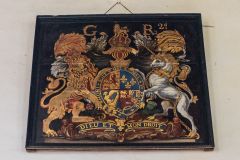 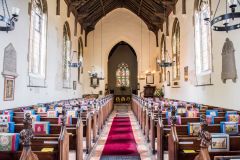 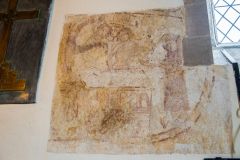 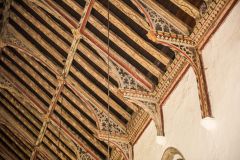