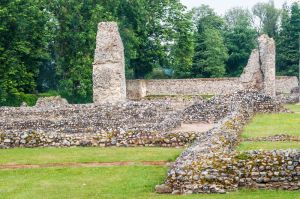 The remains of a 12th-century Cluniac monastery, one of the most important in East Anglia. Thetford Priory was dedicated to St Mary and became enormously popular with pilgrims in the Middle Ages when it was said the Virgin Mary miraculously appeared here.

A statue of the Virgin Mary was thought to contain relics of several saints, and as a result, pilgrims flocked to Thetford in great numbers to visit her shrine.

The best surviving features of the medieval priory buildings are the church, cloister, prior's lodging, and the 14th-century gatehouse.

The first monastery here was established around 1103 by monks from Lewes Priory, under the patronage of Roger Bigod, one of the most powerful Norman nobles in England. The monks chose a site on the south bank of the River Little Ouse.

Sometime between 1107 and 1114 the priory became independent of Lewes and moved to a site on the north bank of the river. There it remained until 1540 when it was dissolved by Henry VIII.

NB. Do not confuse this monastery with the 'other' Thetford Priory, a Benedictine nunnery.

Open access during daylight hours, year-round, except for Christmas Day. 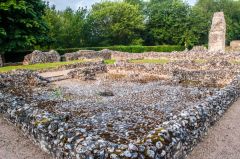 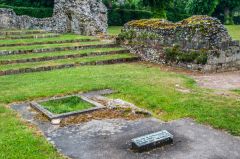 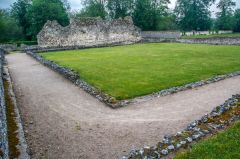 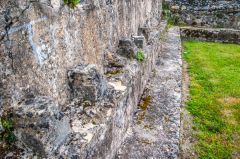 More self catering near Thetford Priory >> 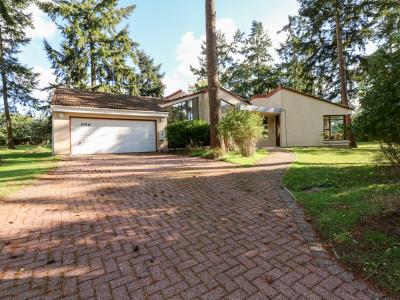