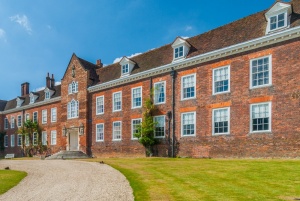 Stonor Park is a lovely stately home, the seat of the Stonor family for over 800 years. The house and family chapel are located in a small dell near Henley on Thames. Stonor is famous for its association with the Catholic faith during the years when Catholicism was outlawed in England. It was here in 1581 that the Catholic martyr Edmund Campion printed the pamphlet Ten Reasons, and visitors can see the hidden chambers used by Campion.

The oldest part of Stonor, now the tea room and shop, was built in the late 12th century. Further additions were made ion the second half of the 13th century. These early buildings were largely of flint, and clunch (a form of chalk). The house was expanded in the Elizabethan period to form an E shape - a common motif during the reign of Elizabeth Still later, the house was finished in Georgian style with red brick and flint.

The rather regal looking frontage is joined to the family chapel, which dates to the earliest part of the house history. Before the chapel is the startling sight of a small stone circle. The stones, which range in height from about a foot to five feet tall, are thought to be a legitimate prehistoric circle, but they are not native to this location. 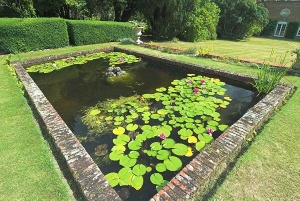 Stonor will forever be remembered for its association with the Catholic martyr Edmund Campion. During the turbulent years of the Protestant Reformation in England, Catholicism was banned, and Catholics were widely persecuted. In an effort to win back those Catholics who were, perhaps, wavering in their faith in the face of such social and legal pressure to forswear their faith, Jesuit priests were sent secretly into England.

One of these priests was Edmund Campion. Campion met with John Stonor, who offered him refuge at Stonor Park. Campion lived secretly in attic chambers, and here printed a pamphlet, titled 'Decem Rationes' or 'Ten Reasons', an attempt to offer a logical appeal for why Catholicism was preferable to Protestantism.

The pamphlet proved his undoing, for Campion was captured, and, under torture, made to confess where he had printed the work. Campion was executed at Tyburn, Stonor was seized, and the Stonor family made to pay a huge fine to regain their house and estate.

John Stonor, who had invited Campion to his family home, was exiled for life to France. Campion was canonized in 1970. Visitors can view the chambers used by Campion, and see exhibits related to his life and capture. 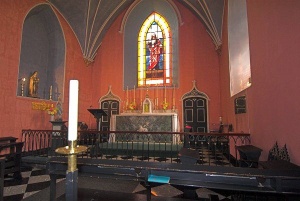 Open parkland stretches to the front, or south of the house. To the rear is a lovely walled garden. This formal garden was designed in the 17th century, perhaps taking advantage of an earlier medieval garden. The garden is arranged on a gentle slope, which gives lovely southern exposure.

Terraces at the top of the garden lead to an orchard, dotted with fruit trees, and benches arranged to give good views over the house to the deer park beyond. Stonor is famous for its herd of fallow deer, which can often be viewed in the parkland around the house. Deer have thrived at Stonor since the medieval period, and the herd now numbers about 150.

Probably the earliest surviving building at Stonor Park is the family chapel, which dates to the early 12th century. Though much remodelled inside, the chapel is quite lovely and features a painted, vaulted ceiling. A large lump of protruding stone inside the chapel is thought to belong to the nearby stone circle.

The tower, which was built in 1416, is one of the earliest known instances of brick being used as a building material in this part of England since the departure of the Romans one thousand years earlier.

There isn't a great deal for children at Stonor. Our children, aged 5 and 11, enjoyed seeing the secret chambers used by Edmund Campion, and there was a children's quiz for them to follow, finding answers to questions in every room. The gardens proved an unexpected hit, with lots of nooks and crannies for playing hide and seek.

More self catering near Stonor Park