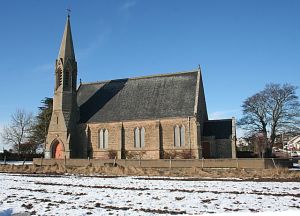 Duffus
Duffus is a small village between the larger seaside towns of Lossiemouth and Hopeman. The village stands about 2 miles inland from the Moray coast, where there are wonderful beaches and caves set into the cliffs.

The most interesting historic building is, without doubt, the old parish church of St Peter, now sadly roofless, which dates to at least the 14th century. In the churchyard stands a 14-foot high medieval cross.

A mile or so the west of Duffus village stands the ancient standing stone known as Camus's Stone, while a mile to the east stands Gordonstoun House, now an independent school.

To the south-east stands Duffus Castle, perhaps the best surviving example of a Norman motte and bailey castle in Scotland.

The Norman castle was likely a mere wooden palisade atop the conical mound we see today, but the wooden fortress was replaced in the 14th century by a strong stone keep, to which domestic buildings were added in the 15th century.

More self catering near Duffus >>

More bed and breakfasts near Duffus >>