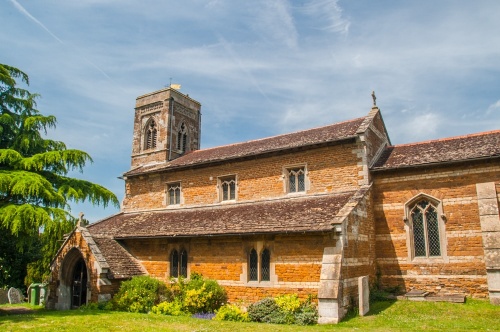 The parish church of Ridlington revels in a double-barrelled dedication to St Mary Magdalene and St Andrew. The Andrew in question may be a corruption of Andresgil, a minor saint who shares the same feast day as St Mary Magdalene.

The church stands on a hillside above the River Gwash and is of 13th-century origin. There is evidence of older habitation in the village, and the curved church boundary suggests that there was a much earlier Saxon church on the spot.

In the interior is a lovely Jacobean memorial to Sir James and Lady Harington, showing the couple in a typical kneeling pose, facing each other across an altar. The colour on the monument seems as fresh and clear as the day it was made. 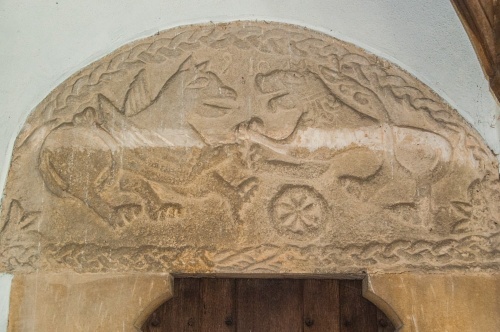 The major piece of historical interest here is the intriguing late Saxon or early Norman tympanum over the vestry door. This was found in two pieces in 1860; one piece was being used as a window sill.

The tympanum is beautifully carved, with a lion and a winged gryphon fighting, and a figure of a wheel with 8 spokes beneath them. The lion's tail terminates in a trefoiled design. Above the lion are the letters IO (probably for the name 'John'). The entire tympanum is surrounded by a border decorated with guilloche ornamentation.

The exact symbolism is unknown, but the most likely meaning is to represent the never-ending conflict between good and evil. The tympanum is worn but the carving is quite beautifully done. 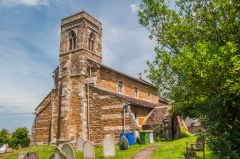 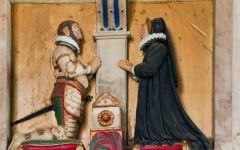 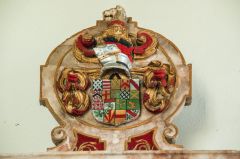 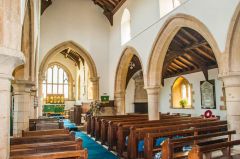 More self catering near Ridlington Church >> 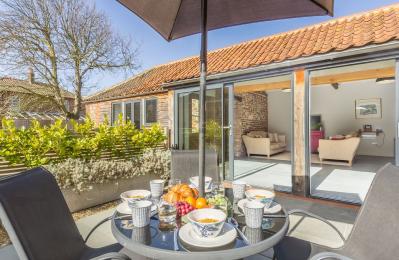 Set in a quiet, rural location surrounded by beautiful open countryside, yet only one mile from the nearest beach, Bromholm Barn is a stunning 200 year old red brick and …
Sleeps 4 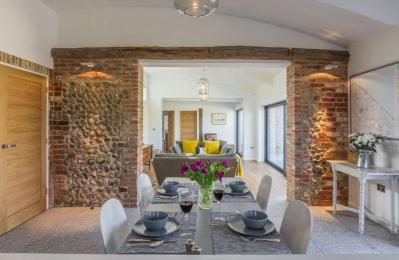 This contemporary conversion of a 200 year old brick and flint barn situated in the small village of Ridlington is one mile from the nearest beach at Walcott. Big Sky …
Sleeps 4