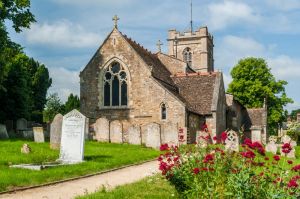 The parish church of St Peter and St Paul in Wing stands on a mound overlooking Top Street. It dates to at least the early 12th century. The church was originally built to an aisleless design, but a south aisle was added around 1140 and a north aisle around 1180.

The 12th-century building had no tower, just a bellcote over the west gable. The present tower was added between 1380-1400. The tower was originally topped with a spire but this was deemed unsafe and was taken down in 1841.

The north doorway remains from the early Norman building. The chancel arch is 13th century and the west tower was added in the late 14th century. The interior was heavily restored in the Victorian period, but a sedilia and double-headed piscina remain from the 14th century.

The stone altar slab is original and you can still see the 12th-century consecration crosses inscribed on its surface.

In the vestry are two roundels of medieval stained glass. Though the glass is fragmented one part seems to depict Christ's head. The glass probably dates to the 14th century.

The north aisle pillars are decorated with carved capitals depicting foliage and the arcade arches are beautifully carved with a traditional lozenge design.

There are very few memorials beyond a war memorial to 9 men of Wing who died in WWI and a tablet commemorating Lt AF Taverner, who died in 1916 of wounds received in action.

A short stroll from the church, beside the village playing field, stands a well-preserved turf maze which probably dates to the medieval period. 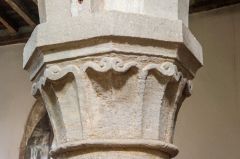 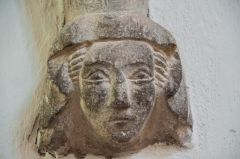 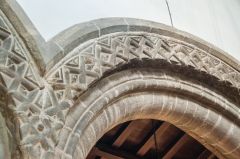 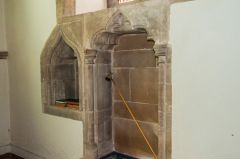