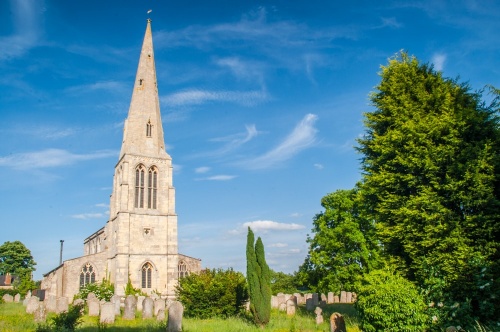 The church of St Peters at Barrowden stands on a slope above the River Welland, in a wonderful countryside setting. There has probably been a settlement here since as early as 400 AD, but the earliest parts of the building date to about 1210. The north and south aisles were added later in the 13th century, and the striking west tower in the 14th century. 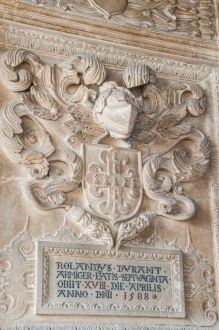 The manor could only afford to build the tower after Barrowden was granted a papal indulgence to raise money to repair the church, which was declared to be in a ruinous state. The south door is modern, but the ironwork dates to the 12th century and the doorway is Norman Romanesque. The font is a 13th-century octagonal design. The chancel roof has six carved wooden angels from the medieval period.

Also from the 13th century are the nave arcades. There is a wonderfully carved bench end dated 1631 in the chancel, near the arch, courtesy of a local rector. This has been incorporated into a 19th-century prayer desk. To the north of the chancel arch is a reused section of pulpit bearing the date 1605, which has been incorporated into a bookcase.

Perhaps the most interesting feature is set on the north wall of the north aisle. This is a beautifully carved memorial to Rowland Durant (d. 1588), made of freestone. The large centrepiece is made up of a coat of arms with a projecting helmet. The overall effect is quite lovely.

Thomas Cook, the founder of the famous travel company, was married in Barrowden church in 1833. One medieval tradition worth noting is the annual Rush Bearing ceremony, which takes place on the feast day of St Peter and St Paul (28 June). 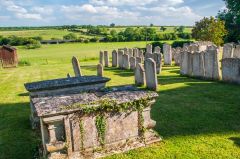 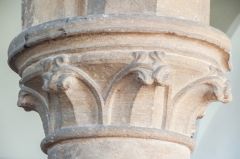 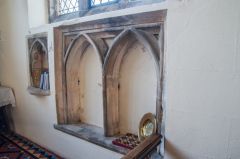