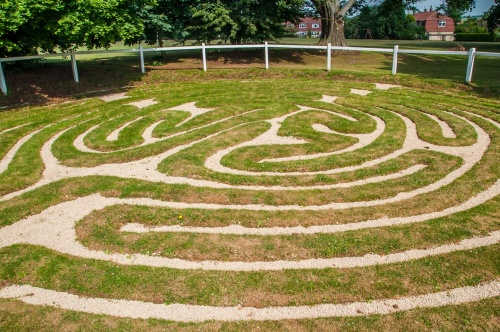 Wing turf maze
The village of Wing lies a few miles south of Rutland Water, in an area of rolling hills. Wing is most famous for the ancient turf maze which stands at the edge of the village. This dates to at least the medieval period and may have been used as an aid to spiritual meditation. 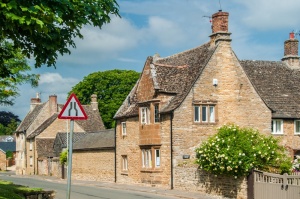 Conjecture, as repeated on the much-worn sign beside the maze, is that spiritual pilgrims would work their way through the maze on their knees, pausing to meditate at various points.

Turf mazes are not unknown in England and were once a feature of many villages, but the Wing maze is extremely well preserved. The maze is signposted from the main road through the village.

The parish church of St Peter and St Paul stands on a high mound overlooking the High Street, and dates to at least the early 12th century, though in truth there is little to excite an avid church explorer save for a 14th-century double piscina.

NB. Don't confuse Rutland's Wing with the village of Wing in Buckinghamshire, famous for its Saxon church.

More self catering near Wing >>

More bed and breakfasts near Wing >>