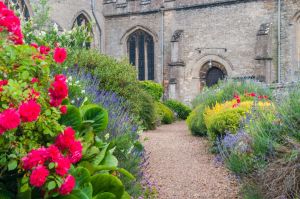 Empingham is the third-largest town in Rutland, after Oakham and Uppingham, so it comes as no surprise that the parish church of St Peter is a large, imposing structure. The church is mainly a 13th-century building, though there has been a church here since at least the Norman period. The earliest part of the current building is the south arcade, which is early 13th century.

The north aisle is about a century newer, and there is a pair of 13th-century transepts. The chancel is also 13th century, and features a triple sedilia and a double piscina. During the medieval period, there were no less than 6 altars, the locations of which are indicated by the piscinas still scattered around the church.

During the early 15th century the nave roof was raised and a clerestory inserted. At this time the carved figures decorating the roof beams were added. Though one would normally call this an angel roof, the figures are not actually angels.

On the south wall of the south transept is a large medieval wall painting of the Virgin Mary, which has been partially painted over in the 14th century with a pattern design. 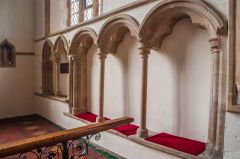 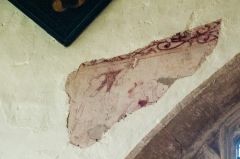 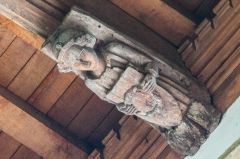