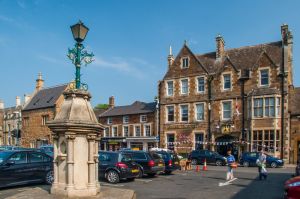 The second largest town in Rutland (after Oakham), Uppingham is located in the south of the county, close to the Northamptonshire border. The town is home to one of the most prestigious public schools in England, Uppingham School, founded in the later 16th century by Robert Johnson, who also founded Oakham School ar the same time.

At the heart of the town is the historic market place, where weekly markets have been held since the 13th century. On one side of the market is the Falcon Hotel, an old coaching inn and local landmark.

Across the market place is the parish church of St Peter and St Paul, which was associated with the royal manor of Ridlington in the late Saxon period. The current church is mostly 14th century, and boasts 4 small pieces of Saxon sculpture.

Behind the church, a blue plaque marks the original building occupied by Uppingham School. The school now occupies a location off High Street West, though the school grounds now stretch to 120 acres, and include lovely areas of period buildings set around quadrangles and courtyards.

A very short distance from Uppingham is the Lyddington Bede House, all that remains of a medieval bishop's palace. To the south is Stoke Dry, where the parish church of St Andrews boasts wonderful medieval wall paintings and a chamber where the Gunpowder Plotters were said to have met to plan their unsuccessful attempt to kill James I. A few miles further south is historic Rockingham Castle.

Discover Rutland has published a very handy walking guide to Uppingham, available locally and at most tourist sites across the county. 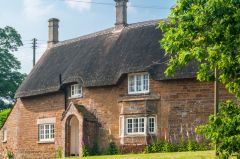 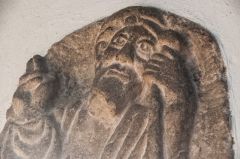 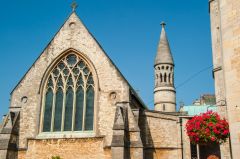 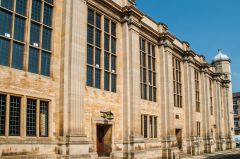 More self catering near Uppingham >>

More bed and breakfasts near Uppingham >>