HERITAGE HIGHLIGHTS:   The only working windmill in Wales 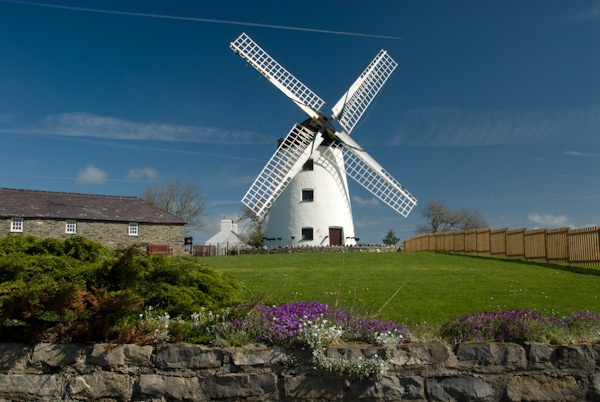 Llynnon Mill is the only working windmill in Wales. At one time there were over 30 mills on Anglesey, but this is the only surviving one. The mill (Melin Llynnon in Welsh) was built in 1775, and stands roughly 30 feet tall, with a base of 19 feet tapering to five feet diameter at the top. It is of a type called a tower mill, which means that the base was solid, and only the top moved to catch the wind.

The mill was badly damaged in a storm in 1918 but continued working for another 6 years until finally closing in 1924. It was purchased by the borough council in 1978 and underwent a restoration that cost £120,000.

It finally reopened in 1986 and remains open today, producing stone-ground wholemeal flour for sale. Aside from seeing the inner workings of the mill, visitors can explore an agricultural museum related to the history of the site.

The mill is fascinating, but there is more to see at Llynnon; next to the mill is a recreated prehistoric village which aims to show how people lived in the area about 3000 years ago. There are two large thatched roundhouses furnished with the sort of household implements and tools that Iron Age inhabitants would have used in their daily lives.

Next to the site is a woodland area planted with species of trees that would have been used at that time. A short walk from the mill leads to a restored bakery, and a longer three-mile walking trail leads from Llynnon to nearby Howell Watermill.

As of this writing, the mill is open daily Easter to September, but please check the official website for current times before making a trip! There is a small admission charge. 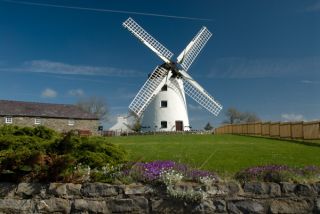 More self catering near Llynnon Mill >> 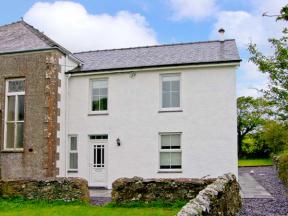 This lovely spacious, semi-detached cottage in Anglesey is in the hamlet of Elim and can sleep eight people in three bedrooms.
Sleeps 12 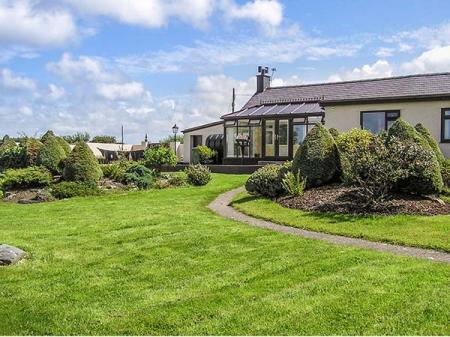 This detached house is situated near to Llanddeusant on Anglesey and can sleep eight people in four bedrooms.
Sleeps 8