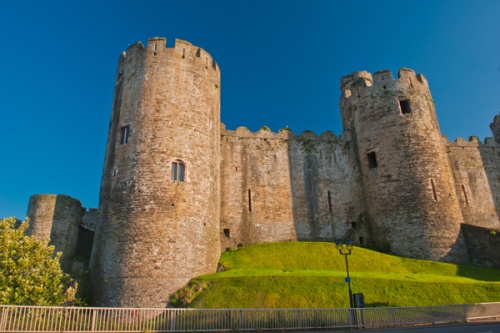 Conwy Castle is one of the earliest examples of Edward I's "iron ring" of castles built to pacify the rebellious princes of northern Wales.

Edward finally subdued the Welsh threat in Snowdonia in 1283. Well aware of the strategic importance of Conwy to the area, Edward immediately began building a massive castle there. So important was the castle to Edward that he imported up to 1,500 craftsmen from all over England to speed the building process. The castle was completed in only four years, a remarkable feat in those days.

Conwy was the work of Master James of St. George, Edward's favourite builder. Master James was also responsible for Harlech, Beaumaris, and at least 9 other of Edward's Welsh castles. For more about this remarkable architect, see our article on Beaumaris.

Conwy is unusual in that the castle walls swoop down from the high cliffs where the castle stands, to enclose the entire medieval town. Some of the wall has disappeared over the centuries, but in general, it has fared well, and a visitor can walk along the old battlements. There are still 21 towers along the course of the wall, and the three gateways flanked by twin towers gives you a sense of the original grandeur of Edward's scheme.

The reason for the strong defensive walls becomes clear when you consider that Edward not only imported builders, he imported a whole population of English settlers to Conwy! These new settlers were carefully protected from the local Welsh population by the castle and town walls. In a sense, Conwy became an outpost of England within hostile enemy territory.

The castle itself is comprised of eight massive round towers forming a rectangle. This in itself sets Conwy apart from the model of concentric rings Edward and Master James perfected at most of his other Welsh castles. 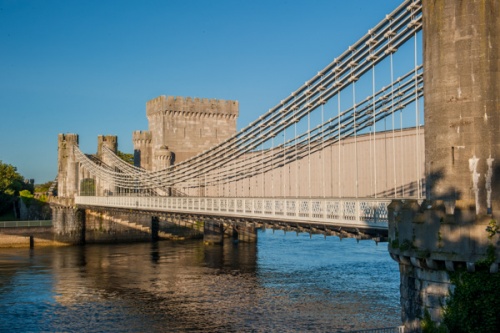 Conwy Castle saw its last military action during the English Civil War. Cromwell's Parliamentary army besieged the castle for three months in 1646 before the defenders capitulated. After the Restoration of the Monarchy, the Earl of Conwy took ownership of the castle. The Earl, unfortunately, used his position to strip the castle of iron, timber, and lead for building, leaving Conwy open to centuries of disintegration and neglect.

The castle is remarkably well preserved, especially considering the depredations of the Earl, and terrific views of the harbour and town of Conwy can be had from the towers. The Inner Ward contains the royal apartments built for Edward and Queen Eleanor in 1283. These apartments originally rose above heated basements, but the floors are no longer intact.

The importance of Conwy Castle from an architectural standpoint is borne out by the fact that it has been named a World Heritage Listed Site.

In the town of Conwy, you can see the Smallest House in Britain, the Teapot Museum, and Aberconwy House, an authentic 14th-century merchant's dwelling. Also, Conwy is home to the striking Conwy Suspension Bridge, built by Thomas Telford in 1826. 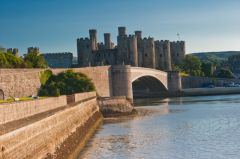 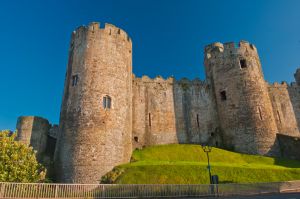 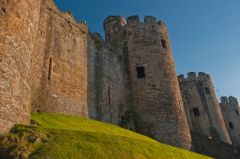 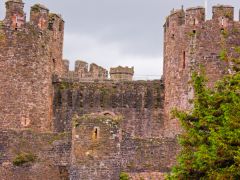 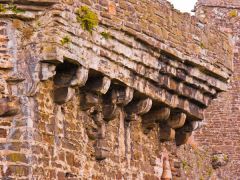 More self catering near Conwy Castle

Self Catering near Conwy