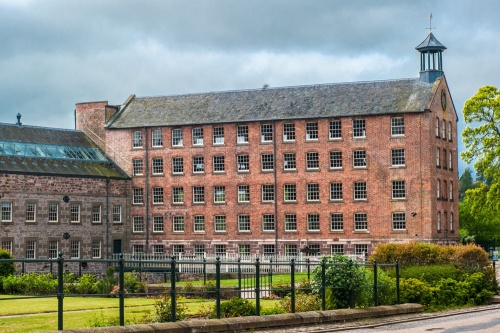 The north range at Stanley Mills

A historic 18th-century mill on the banks of the River Tay, containing one of the oldest purpose-built factory buildings in the world. Stanley Mills is one of the finest surviving examples of industrial heritage in Scotland. The mill was begun in 1785 as a cotton mill by several local merchants, supported by the English industrial pioneer Richard Arkwright.

For over 200 years the mill produced textiles until it finally closed its doors in 1989. Now it stands as a unique example of Scottish industrial history.

There is not just one mill at Stanley, but rather, a complex of mill buildings beside the Tay. Among them is The Bell Mill, one of the oldest industrial factories in the world, still largely unchanged from the day it was built.

The Bell Mill now hosts interactive displays which tell the rich history of Stanley Mills. There are exhibits which let you test your own dexterity and let you experience what it would have been like for the young children who helped keep the mill running.

Beside the mill buildings is the village of Stanley itself, built during the 1780s to house the workers at the mills. 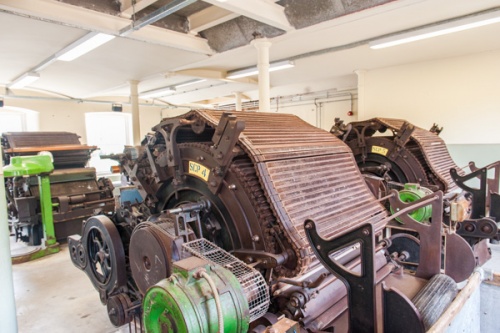 The mill machinery was originally powered by water wheels but was later converted to electricity provided by large turbines (still powered by water, however!). The original mill was destroyed by fire in 1799, forcing the mills to close. They reopened briefly but closed once again in 1813.

The mills were once more opened in 1823 under the ownership of the Buchanan company of Glasgow. It was the Buchanan firm that established the village of Stanley as housing for the mill workers. The mills thrived for 40 years but closed once again in 1860 after a downturn in the cotton market in the 1860s.

Once again the mills were sold, this time to FS Sandeman, who converted the machinery to run on electricity and began producing cotton belting. During both World wars Stanley Mills made webbing for military uses, and a thin cotton belt used to make cigarettes. These new products help the mills survive the Depression that so badly hit other industries during the 1920s.

The mills staggered on under increasing economic pressure until 1989 when it finally closed for good. It passed into the care of Historic Scotland, who have reopened it as a hands-on museum and an important reminder of Scotland's industrial past. 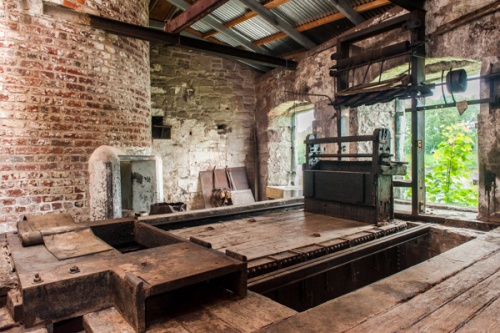 The Mill is well signposted off the A9. There is plentiful parking space and an easy walk to the mill building. Visiting is a bit of a peculiar experience, as only a part of the site is in Historic Scotland's care, while the rest is in industrial use or converted into flats, and it isn't instantly apparent that you need to walk to the North Range, where restoration has taken place.

There is a very good orientation area with hands-on scale models of the machines used throughout the mill. You can try your hand at running some of these models, and I guarantee you will come away with a sense of appreciation for the skill of the workers!

One very interesting touch is in the Carding Room, where you can press a button to turn on an audio recording of the din that workers would have heard for 10 hours a day. It is, quite simply, a staggering wall of noise. It beggars belief that anyone could work in that noisy environment without permanent hearing damage! 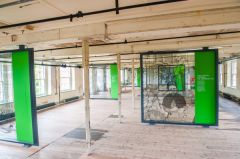 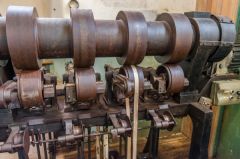 More self catering near Stanley Mills >>