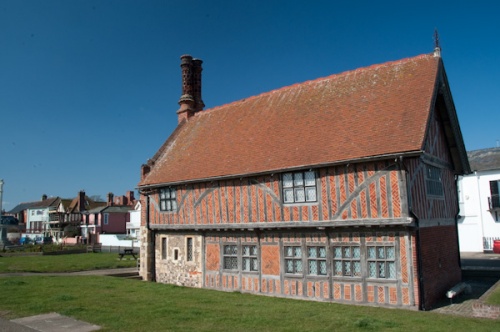 This attractive timber-framed building was built to serve as the Market Cross around 1520. It stands two storeys high, with a jettied second storey. The ground floor has an arcade of four arches. These are now filled in with brick but would have originally been open, with space for market stalls beneath, with a pair of prison cells.

The obvious chimney stacks were a later addition, as was the name. The town council met here, in a chamber on the first floor, accessed by way of an external stair.

The Hall was restored in 1654, and again in 1854-5 when it became the town hall. The brick infill on the ground floor is Victorian, but the first-floor brick infill dates to the 17th-century restoration. The Moot Hall is one of the most historically important timber-framed civic buildings in England (for another see Fordwich, Kent).

The Moot Hall must have been a lively place when the market was open but is perhaps its role in a more sombre episode in Aldeburgh's history that will be remembered. In 1646, at the height of hysteria over witchcraft, the burgesses of Aldeburgh hired Matthew Hopkins, the infamous Witch Finder General, to determine if any witches were then resident in their town.

Hopkins, as he usually did, found evidence to name six local women as witches. These unfortunate women were held in cells in the Moot Hall until they confessed to their 'crimes'. They were hung on specially constructed gallows, and Hopkins and his associates were well paid for their work.

On a happier note, the Moot Hall is now home to the Aldeburgh Museum, with displays and archives covering the long history of this historic town. Exhibits include Roman Aldeburgh, shipbuilding and fishing, the Martello Tower, the vanished port of Slaughden, and the Aldeburgh Witches.

The museum is closed during the winter months. 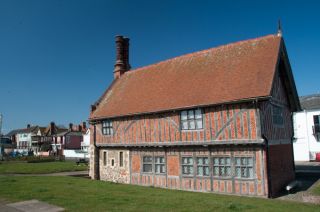 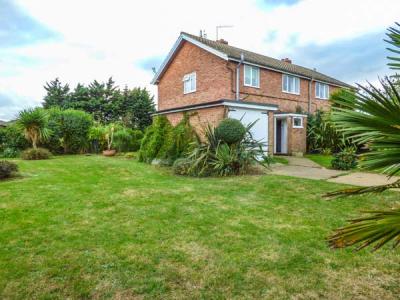 This semi-detached cottage is a short walk from the centre of Aldeburgh and sleeps five people in three bedrooms.
Sleeps 5 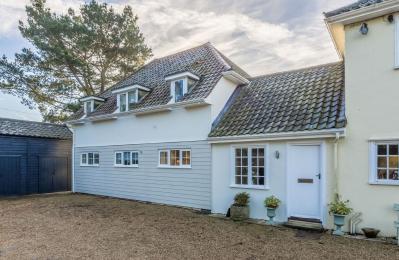 River View is a sophisticated and stylish first floor apartment for two guests overlooking the glorious, unspoilt Hazlewood Marsh and the River Alde and situated on the edge of the …
Sleeps 2