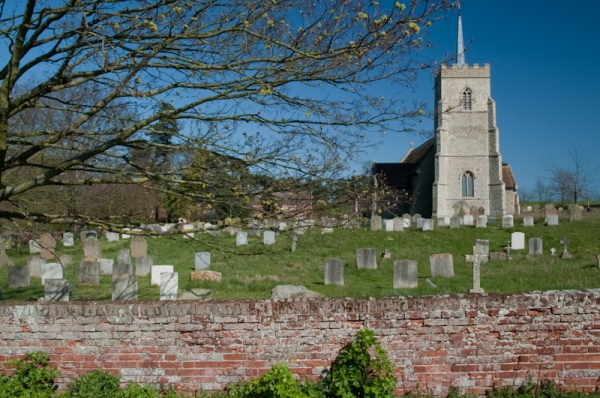 There has been a church at Sudbourne since the Saxon period, but the present church of All Saints dates to a Victorian restoration in 1878. Sir Richard Wallace of Sudbourne Hall footed the bill and called upon architect Frederick Barnes of Ipswich.

Thankfully Barnes did not sweep away all the medieval features of the earlier church, but he did install completely new benches and Minton tiles. He also uncovered an excellent Norman south doorway, which had been blocked and plastered over. Another medieval survival is a rather oddly shaped font, carved around AD 1200 and shaped like a large cauldron and supported on four slender shafts with moulded capitals.

The manor of Sudbourne was owned by Ely Abbey (later Ely Cathedral) at the time of the Domesday Book.

On the west wall hang a pair of funeral hatchments, one to the Devereux family, Viscounts of Hereford, and the other to the Marquesses of Hertford. Sir Richard Wallace, the heir of the fourth Marquess of Hertford, presented the organ. He is more famously known for another gift; the superb art collection known as The Wallace Collection, now housed in London.

The most impressive historic feature inside the church is a magnificent 17th century memorial to Sir Michael Stanhope (d. 1621), who purchased the manor of Sudbourne from the crown. It later passed by marriage to the Devereux, Viscounts Hereford, and from them to the Seymours, Marquises of Hertford. 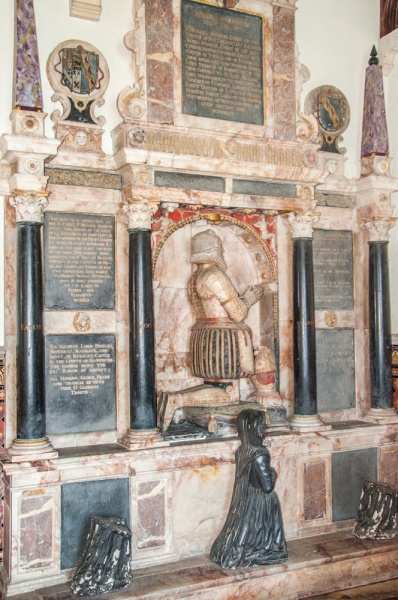 Stanhope served as a Privy Councillor to both Elizabeth I and James I, though the inscription rather more floridly says that he sat at Elizabeth's feet for 20 years. Beneath Stanhope's kneeling effigy is a smaller effigy of his wife Anne, dressed all in black, with damaged figures of the couple's daughters on either side. The memorial was built during Sir Michael's lifetime, or as the inscription puts it, he was:

'Mindful of his Mortalitie, [and] while he lived erected this monument'.

Sir Michael was the son of another Sir Michael, of Nottinghamshire, who was beheaded in 1552 for his involvement in a plot by the Lord Protector Somerset, his brother-in-law, to kill John Dudley, 1st Duke of Northumberland. His conviction was dubious, but he was caught up in the power play between Somerset and his rival, the Duke of Northumberland. 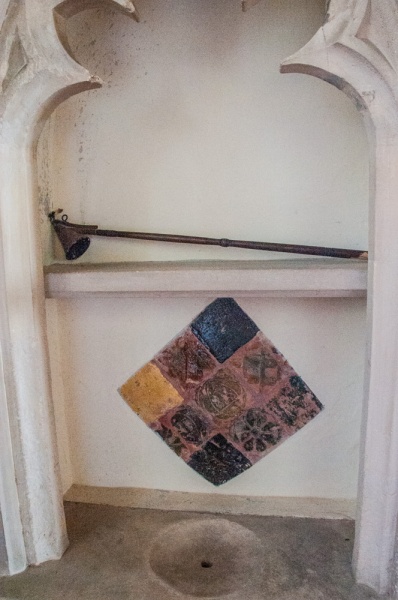 In the south wall of the chancel is a simple piscina, within in arranged nine medieval encaustic tiles. Though the tiles are worn, you can make out coats of arms on their surfaces. In the piscina niche is a metal candle snuff on a pole.

The east window of the chancel boasts very colourful Victorian glass given in 1879 by Sir Richard Wallace in honour of Maria, 3rd Marchioness of Hertford.

All Saints is usually open to visitors during daylight hours and was open when we visited. 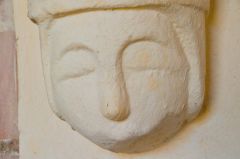 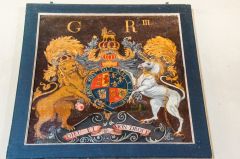 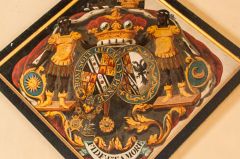 More self catering near Sudbourne, All Saints Church

More bed and breakfasts near Sudbourne, All Saints Church