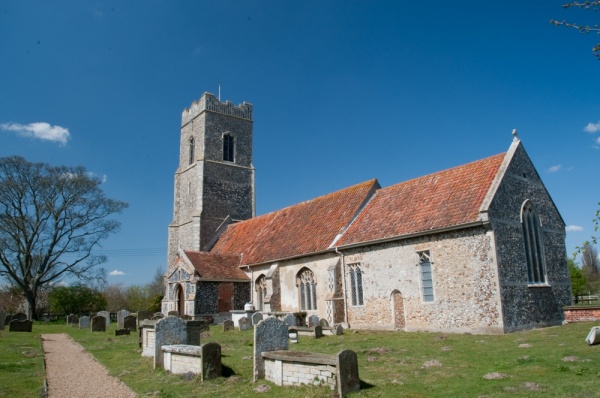 The Suffolk village of Snape is best known for Snape Maltings, the historic former malt buildings on the River Alde that have become a popular venue for musical performances. The Maltings lie well to the south of the village centre, but well to the north, and almost forgotten, stands the other historic highlight of Snape, the medieval parish church of St John the Baptist.

There was a church in Snape, though we do not know exactly where, in 1086, at the time of the Domesday Book.

There was a church here in AD 1155, when Snape Priory was established, and the parish church formed part of the priory's endowment. The Priory was built near the river by a local landowner named William Martell, before he went on Crusade. It was suppressed by Cardinal Wolsey in 1525, in part to fund Wolsey's new Ipswich School in his home town.

The present church building is 13th century, with the addition of a 15th-century porch and tower boasting attractive flushwork. The base of the tower is thought to be the oldest part of the building, perhaps surviving from the earlier church on this spot.

The earliest record of a rector comes from 1240, when Sir William de Rurcham was named incumbent. You enter by the south porch, which protects a plank door with its original sanctuary knocker. 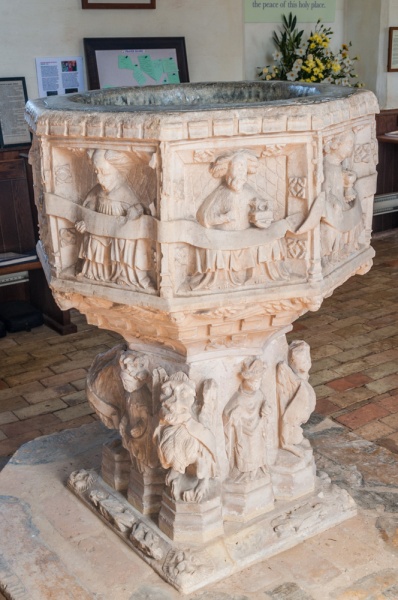 By far the most interesting feature inside the church is the superbly carved octagonal font, made around the year 1500. Every surface of the font seems to be carved, and the quality of the carving is stunning, even by Suffolk standards.

The base of the font is carved with sinuous snakes, writhing towards grotesque faces on each corner. The stem is carved with lions alternating with Biblical figures. The bowl is intricately carved with more Biblical robed figures, and the underside of the bowl has lush foliage interspersed with human faces.

The font stands at the west end of the nave, under a timber gallery installed in 1845. On the south nave wall is a fragment of a 13th-century consecration cross, discovered during restoration work in 1982. The cross is painted on the original plaster. Over the cross is a section of exposed plasterwork with traces of a painted inscription within a cartouche. Though you can pick out individual letters the text is too worn to be deciphered.

In the north nave wall you can see the original rood loft stairs. In the chancel is a simple piscina, and opposite on the north wall is an arched recess that may have served as an Easter Sepulchre. We know that in 1526 a sum of 26 shillings was bequeathed to the church to create a new Easter Sepulchre. 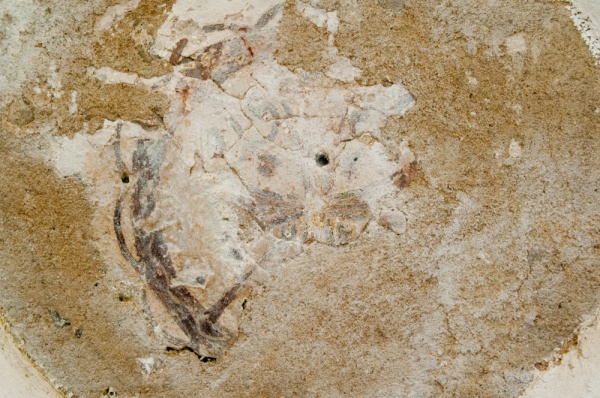 Remains of a 13th-century consecration cross

The church was reported as being in ruins by 1600, but it must have been at least partly repaired, for in 1643 iconoclast William Dowsing, who wreaked so much destruction on East Anglian churches, visited Snape and wrote that he destroyed 4 'Popish pictures' and took up 4 brass inscriptions.

In 1811 Rev. John Lambert bequeathed the interest on 200 pounds to be distributed annually to poor householders who had not received any parochial support during the preceding year.

The colourful east window was designed in 1920 by Mary Lowndes. In the centre panel is a scene depicting Snape Bridge with a Thames barge. The altar rails were installed in 1932. They were made from wood salvaged from Bow Church in London.

St John's is a lovely country church. It is usually open to visitors and was open when we visited on a sunny day in April. 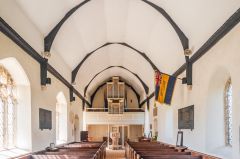 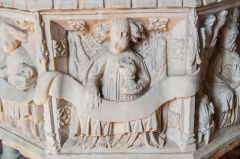 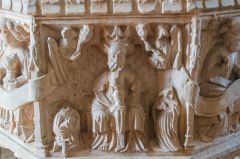 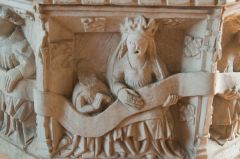 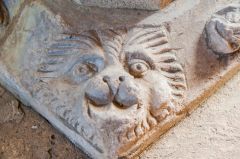 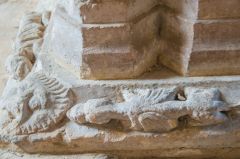 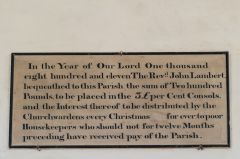 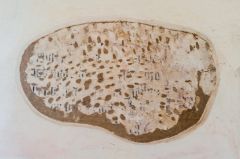 More self catering near Snape, St John the Baptist Church

Self Catering near Snape