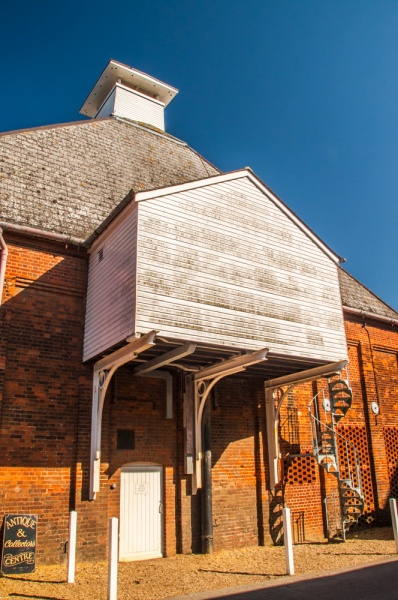 The Victorian maltings at Snape

In 1842 Newson Garrett bought an existing coal and corn merchant business at Snape Bridge on the River Alde. Garratt began shipping barley around Britain and overseas to Europe. Most of the barley was purchased by breweries, who needed to malt it to use in the brewing process.

It dawned on the entrepreneurial Garratt that he was missing a business opportunity. He began to malt barley on his premises at Snape, and ship the finished product to his brewery customers. It was an inspired move, for within a few years Snape Maltings had become the largest malting operation in Suffolk.

The Maltings were not one building, but a complex of buildings, each playing a part in the malting process. The mooring at Snape became remarkably busy in the late 19th century, as Thames barges made it a bustling inland port.

The glory days of Snape Maltings were limited, however, and by the 1960s the maltings went out of business and the complex of industrial buildings stood empty.

In 1965 a local farmer named George Gooderham bought the site at auction, along with 27 nearby cottages and a pub. Gooderham planned to use the industrial buildings for grain storage, but the project soon took on a life of its own. Snape Maltings became an early example of what we would now call farm diversification; an old boathouse became a craft shop, encouraging local artisans, and a cafe and art gallery followed. 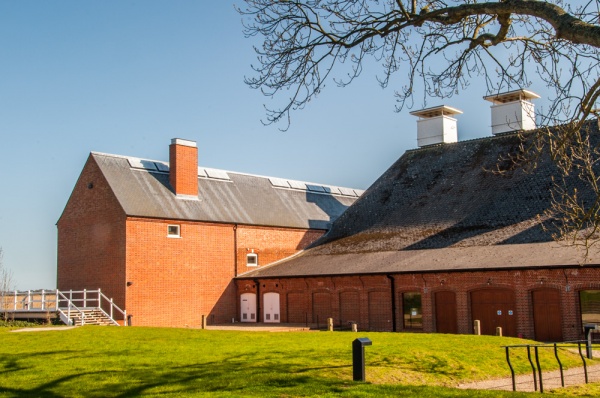 Then fate intervened in the form of composer Benjamin Britten, a local resident. Britten was fond of having a drink at the Plough and Sail pub that formed part of the Maltings complex of historic buildings. He was seeking a larger venue for his Aldeburgh Music Festival, and realised that the largest of the 19th-century malting buildings would make a perfect concert venue. Britten and his partner Peter Pear called in the Ove Arup architects, who were working on the world-famous Sydney Opera House at the time, to convert the old maltings building into a state of the art concert venue.

The concert hall was officially opened by Queen Elizabeth II in 1967. Tragedy struck just two years later in 1967 when the roof caught fire and came crashing down. Britten's prized piano was just one of the losses that day. The concert hall was rebuilt and reopened in 1970. It now acts as the home of Aldeburgh Music's programme of performances, education and artist development.

The concert hall is open year-round and there is a Visitor Centre and ticket office, open daily. There are regular concerts, so you don't have to wait for the annual Aldeburgh Music Festival in June to enjoy music at Snape Maltings! 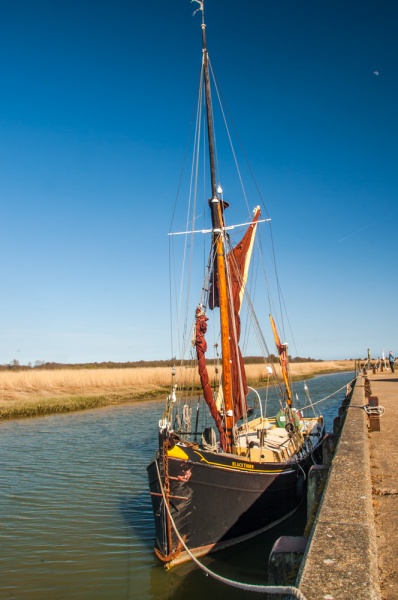 In 1979 the Pears-Britten Foundation opened the Peter Pears Recital Room in a former barley store, and in 2009 they added the Hoffmann Building, based in a former kiln. Connected to the Maltings is the Holst Library, with books, musical scores and audio materials. Much of the original Library material was donated by Imogen Holst, daughter of composer Gustav Holst.

The concert hall is just one of the buildings at Snape Maltings. You can still get a cold pint at Benjamin Britten's favourite local, the Plough and Sail. There is a popular cafe, craft shops, clothing shop, stationers, toy shop, food hall, antique and collectables shop, and farmers' market.

The shops occupy many of the listed industrial buildings that make up the old maltings site. More recently the Gooderham family have converted many of the Grade-II listed malt buildings into eco-friendly apartments, built with bricks and wood salvaged from the Victorian buildings and heated by a biomass boiler using wood chippings from the nearby forest.

Snape Maltings is located in an Area of Outstanding Natural Beauty (AONB), on the edge of one of England's most picturesque areas of meeds and marshes. The tidal River Alde and the surrounding marshes are home to a huge variety of birds and plant life.

The area is crisscrossed by walking paths, making it a haven for walkers, birdwatchers, or just anyone who enjoys the spectacular 'big sky' ambience. Resident birds at Snape include curlews, avocets, marsh harriers, and egrets. Otters can be spotted, and water voles live on the river banks. At low tide the mudflats are a magnet for wading birds.

The Suffolk Coastal cycle route goes through the Maltings, and from spring through autumn you can take boat trips on the River Alde, journeying to Iken, with its ancient historic church aboard the picturesque Blackthorn sailing barge. When it isn't in action you can find the Blackthorn pulled up at the moorings, a short stroll from the Maltings.

If you'd prefer to stretch your legs, there are walking trails on both sides of the river, including a circular route through Snape Warren, and the Iken Cliff walk that takes you to Iken church, founded in the 7th century by St Botolph. I've taken the latter walk, and it is absolutely stunning, with wonderful views across the mud flats of the Alde. One hundred year old sailing barges still make their way up the River Alde to moor at the Maltings.

Another long walking trail is the Sailor's Path, so named because it was a route used by sailors between Snape and Aldeburgh on the coast.

Pieces of modern sculpture are dotted around the Maltings site. On the edge of the reed beds stands 'The Family of Man' by Dame Barbara Hepworth. Closer to the main Maltings buildings is Henry Moore's 'Reclining Figure: Bunched', and near it is 'Migrant', by Alison Wilding. 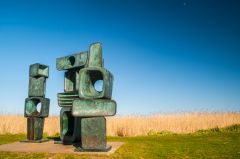 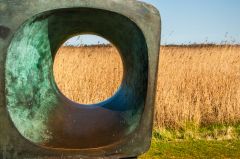 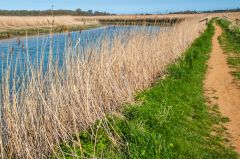 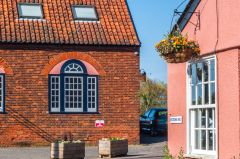 More self catering near Snape Maltings

Self Catering near Snape