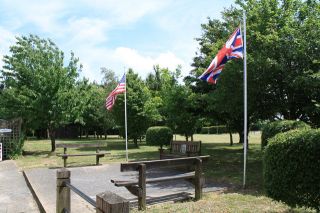 Halesworth Airfield Museum
This disused airbase just outside Halesworth is home to a small museum that tells the storey of the base and the men who flew from it during World War II. The museum boasts a large collection of WWII memorabilia and tries to show visitors what it was like for the thousands of men who were stationed here.

Halesworth Airfield had a very short life; it was operational for only four years, from 1942 until 1946. It was used mainly as a US Air Force base and was home to both the 56th Fighter Group and the 489th Bomb Group.

Towards the tail end of WWII Halesworth served as a training base and a rescue station. The airbase had three runways and two hangars, and at its height, it housed 3000 personnel.

The museum has limited opening hours - usually Sunday afternoons from spring to autumn, but please check the official website before making travel plans.