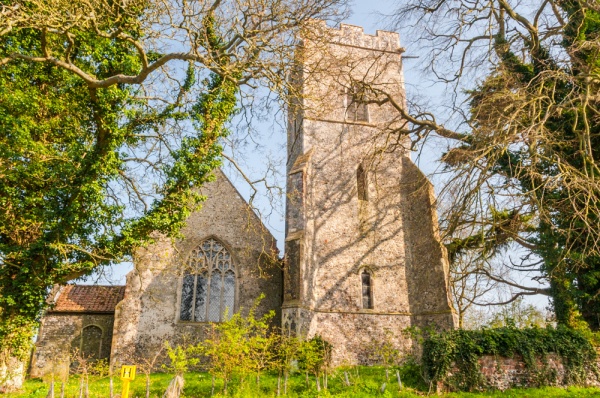 Westwell's fascinating medieval church is tucked away at the end of a single-track country lane, well away from the village it serves. St Andrew's was begun in the 12th century and rebuilt in the 14th century on a larger scale, when the striking tower was added. The 14th-century rebuilding created a rather odd architectural layout; the original Norman nave became the south aisle, and the ornate west facade was incorporated into the new west tower.

The complex west doorway is one of the best in England. It is beautifully carved with elaborate designs of flowers within a moulding of grotesque beasts. Above the doorway is a small window within an arch, flanked by two blank arches carved with traditional Norman zigzag patterns.

That's just one highlight of the exterior, but inside, oh my. Prepare yourself for a sumptuous treat for the senses; Westhall boasts an array of historic features to equal any parish church in England, from a painted screen to a stunning Seven Sacrament font retaining its original painted panels. 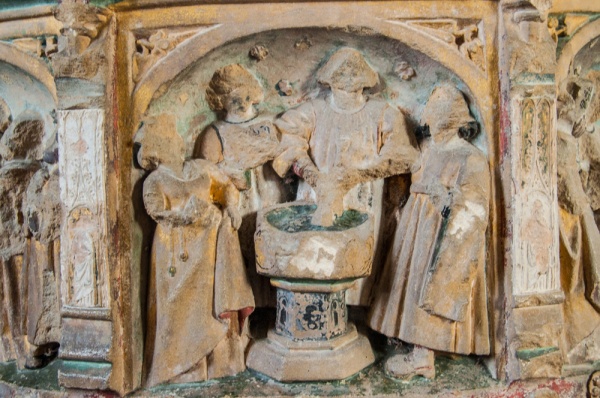 Let's start with the quite stunning font, which has been described as 'one of the finest medieval art objects surviving in situ anywhere in Suffolk'. The font has a traditional East Anglian octagonal bowl set atop a stocky stem, carved with traceried arches. Each face of the bowl depicts one of the seven sacraments of the Church; Holy Orders, Baptism, Confirmation, Matrimony, Penance, Extreme Unction, and Mass. The eighth side shows the Baptism of Christ.

The Penance scene is fascinating, for it shows the Devil leaving the scene in shame with his tail between his legs. The original painting and gilded gesso decoration have survived on most of the bowl carvings, though Puritan iconoclasts literally 'defaced' the figures.

Separating the nave and chancel is the base of a 15th-century painted screen. Over the screen you can still see the ring which supported the rood, or cross that hung beneath the chancel arch. The top section of the screen was probably destroyed at the Reformation in the 16th century. Seventeenth-century Puritan iconoclasts defaced the painted faces of the sixteen saints that decorate the screen base. Some of the faces have been restored, and the saint's bodies are intact.

One section of the screen is a triptych depicting the Transfiguration of Christ. This is thought to be unique in any English parish church. On the left side of the screen are painted figures of St James, St Leonard, St George, St Clement, and St Anthony. The right (south) side of the screen depicts 8 virgin martyrs; St Katherine, St Margaret, St Etheldreda, St Sitha, St Agnes, St Bridget, St Dorothy, and St Apollonia. 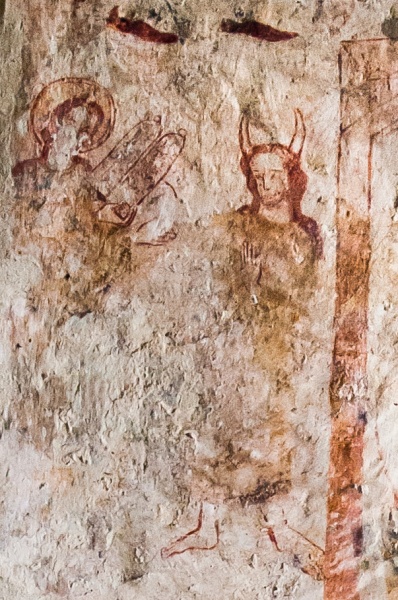 Wall painting of a horned Moses

On the north wall is a faded wall painting of St Christopher carrying the Christ child, while above and to the left is a figure of Moses receiving the Ten Commandments. If you look closely you will see that the figure of Moses is shown with horns protruding from his head. This has caused many visitors to think it is a depiction of the Devil. Yet almost every image of Moses, even modern ones, show him with horns. Why?

The answer seems to come from a mistranslation of a passage by St Jerome in his work on the Vulgate Bible of AD 382. The passage translates the original Hebrew 'qaran' as 'to grow horns', when in fact it should be translated more properly as 'to shine', or 'to emit rays'. In other words, Moses shone or radiated with enlightenment. Quite a different meaning, yet the confusion has resulted in over 1700 years worth of Moses images with horns projecting from his head, sometimes fully developed ram's horns.

There are other fragmentary wall paintings including a consecration cross and a rather odd architectural surround enclosing empty space.

Other historic features include a beautifully carved Jacobean pulpit, and painted stone corbels of angels with their heads chopped off by the Puritans. 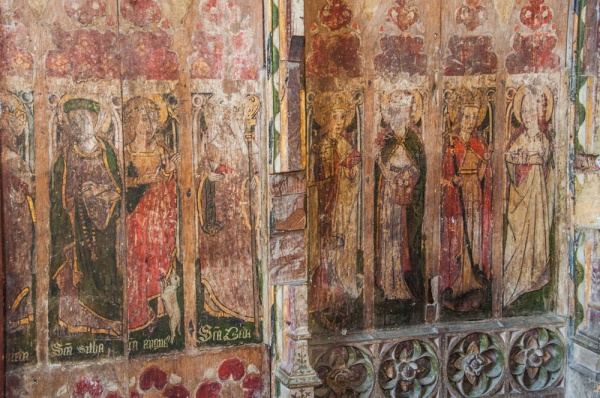 Base of the 15th century painted screen

In the chancel is a very worn chest tomb to Nicholas Bohun (d. 1602), and above it, a beautifully inscribed memorial brass to generations of the Bohun family, beginning with Thomas Plantagenet, Duke of Buckingham and Gloucester, son of King Edward III. The Bohuns were lords of the manor at Westhall for 2 centuries, after Nicholas Bohun bought the manor in 1535. His son Francis built Westhall Hall in 1570, and took the south aisle of the church as their private family chapel.

The florid inscription is easily visible; it reads:

Thomas Plantagenet Duke of Buckingham and Glocester, sone of Kinge Edward the third married Elioner eldest daughter and heire of Humfry Bohun Erle of Hertford Essex and Northampton, High Constable of England, whose graundmother was a daughter of King Edward the first, the sayd Thomas and Eliioner had issue a daughter named Anne sole heire. She was first married to ye Erle of Stafford of whom discended the late Dukes of Buckingham & the Lord Stafford that now is. Secondly she was maryed unto Sir William Bourchier Ealre of Ewe, by whom she had issue Henry, Wilm, John and Thomas. Thomas became a priest and was Archbishop of Canturburye, of Henry discended the late Earles of Essex and others. Of William is discended the Earle of Bath that now is, the afore named John married the daughter and heire of the Lord Barners and they had issue Sir Humphrey Bourchier who married Elizabeth daughter and sole heire of Sir Fredericke Tylney and they had issue John Bourchier and the sayd Humphrey died in the lyfe of his father and therefore lived not to be Lord Barners & the sayd John Bourchiers Lord Berners after the death of his grandfather married Katherine daughter of Sir John Howard Duke of Norfolk and the said Lord Barners and Katerine had issue a daughter named Jane, their sole heire, she was married to Edmund Knyvit sergeant porter of the house of Kinge Henry the eight, and they had issue divers sonnes and daughters, whereof one named Elizabeth was married unto Frauncis Bohun esquire, and they had issue Nicholas Bohun that married Audrie Cooke sister to Sir Edward Coke Attorney General to Kinge James, and the said Nicholas died in the life of his father leaving behind him begotton of the bodie of the said Audrie seaven children all infants November 16 1602

These are just the main historic features of St Andrew's church. Though it is tucked out of the way it is well worth seeking out. The combination of the Norman tower doorway and the exceptional Seven Sacrament font make St Andrew's one of the most enjoyable churches to visit in Suffolk. 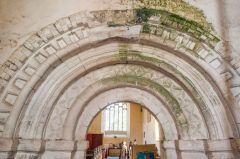 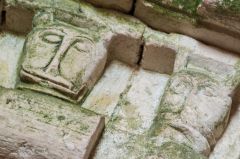 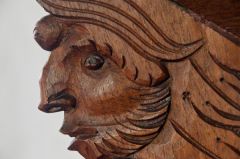 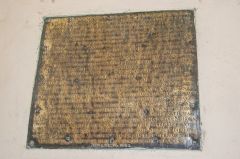