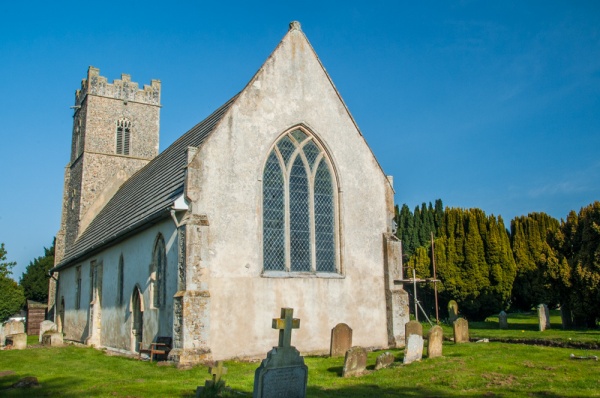 All Saints church at Blyford seems like a little child that has wandered off and got lost. There is no village to speak of, just an attractive 16th-century country pub and a few scattered farmhouses. The church was originally owned by Blythburgh Abbey and retains many Norman features, including two Norman doorways and a 13th-century font.

There was a church here at the time of the Domesday Book, prior to 1200 the church was in possession of Blythburgh Priory. Sometime around 1300 a chancel was added and in the 15th century a tower and porch.

The Norman doorways are probably the most interesting features of the church. One features twisted columns and zigzag carving around the arch, the other has pillars carved with traditional Norman chevrons.

An old rumour says that the church and the pub across the road were used by smugglers in the early 19th century. The story goes that there is a secret tunnel under the road, joining the two buildings, and that contraband brandy was stored in chambers beneath the altar.

If true, it would not be the first time that Blyford was used for dubious purposes; in 1644 the incumbent minister, one Rev. William Raymond, was removed from office for 'gross immorality' by the Suffolk Committee for Scandalous Ministers. 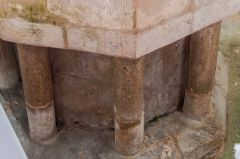 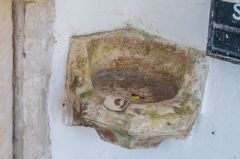 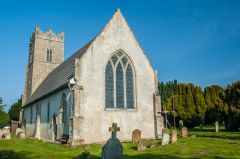 More self catering near Blyford, All Saints Church >>

More bed and breakfasts near Blyford, All Saints Church >>