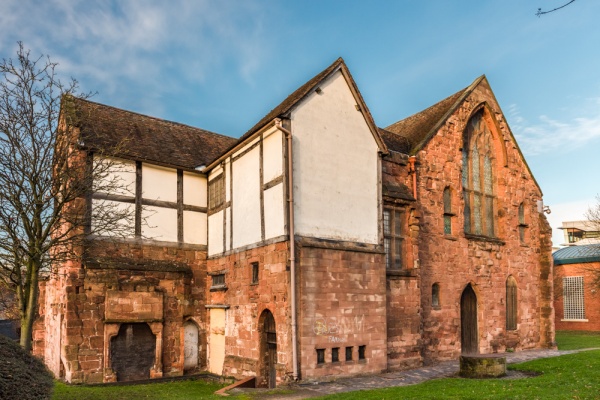 The friary was founded in 1342, and survived by charitable donations while offering hospitality to travellers and the needy. The Carmelites wore white habits, thus their friary became known as Whitefriars. Unlike monks, who lived a reclusive life, the friars went out amongst the local population, preaching and offering assistance. They seem to have enjoyed a good relationship with the townsfolk.

The friary church was one of the longest in England. Like the rest of the monastic buildings it was built of red sandstone, and the floor was covered in clay tiles, made locally.

The friary was suppressed by Henry VIII in his Dissolution of the Monasteries. The site was purchased by John Hales, who tore down most of it, and turned part of the cloister into a dwelling called Hales Place. The chancel of the friary church was used as a free grammar school called King Henry VIII School, Coventry. Hales offered the school as a public service, at his own expense, and paid the schoolmaster ÂŁ30 per year, an astronomical sum for the times. 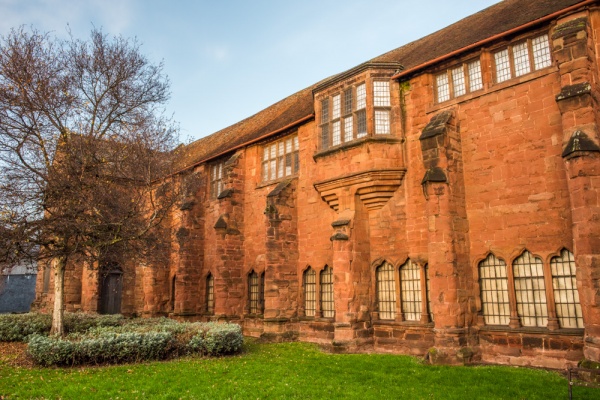 The Elizabeth I oriel window

In 1565 Elizabeth I visited the city of Coventry and stayed with John Hales at Whitefriars (Hales Place). She is said to have addressed the public from the striking oriel window projecting from the friary wall. Unfortunately, no one recorded her words, so it is not known for certain what she said, but one theory is that the queen reprimanded the citizens for not taking their religion seriously enough.

The 'Elizabeth window' in Whitefriars raised a question when our family visited. Elizabeth is supposed to have addressed the assembled throng, but as far as we could tell the mullioned windows are not made to open. So either the queen was a very good mime, or the window frame has been rebuilt in a different style since the 16th century!

Five years after Elizabeth's visit Whitefriars welcomed another queen, Mary, Queen of Scots, who was imprisoned briefly in Coventry on the orders of Elizabeth. Mary was moved from place to place during her imprisonment, and Whitefriars was one of her residences. After John Hales' death in 1572 his family moved to a different house and rented Whitefriars to Lord Berkeley of Cauldon Castle. The property passed through numerous private hands until it was purchased in 1801 by the Board of Directors of the Poor to act as a workhouse. 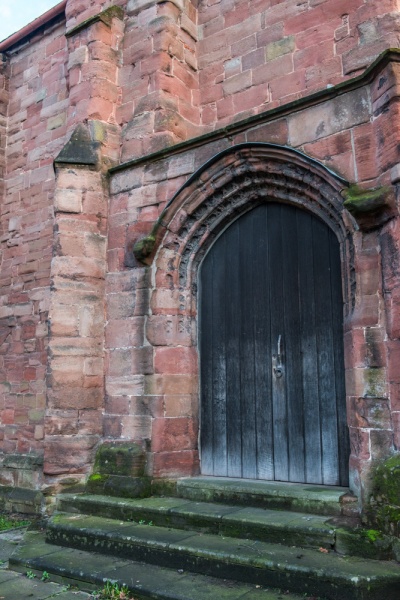 Remains of the friary consist of the Cloister Wing, foundations of the friary church, and a postern gateway on Much Park Street, now known as Whitefriar's Gate. The cloister building was damaged in the bombing raids of 1940, but was restored enough so that it could be used as a Salvation Army hostel in 1948.

In 1970 it was restored and reopened as a museum, but unfortunately, budget cuts meant that the museum had to close in the 1990s. It is now owned by the Herbert Museum. It is open to the public for the annual Heritage Open Days in September, but you can examine the building exterior - and wonder what Elizabeth I said from her oriel window - at any time.

Finds from Whitefriars are on display at the Herbert Museum, across from the cathedral, including a beautifully carved medieval misericord.

To reach the cloister building (i.e. Hales Place), just take Much Park Street south-east, past Whitefriars Gate, and take the pedestrian underpass beneath London Road. If you want to explore another of Coventry's historic secrets after you have visited Whitefriars, carry on down London Road another 5 minutes and you will come to Charterhouse, also known as St Anne's Priory, founded in 1385. 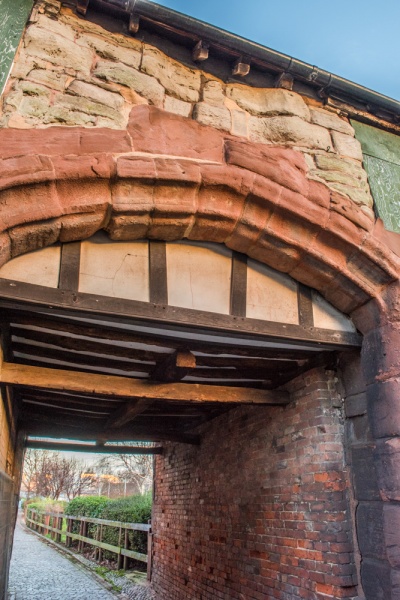 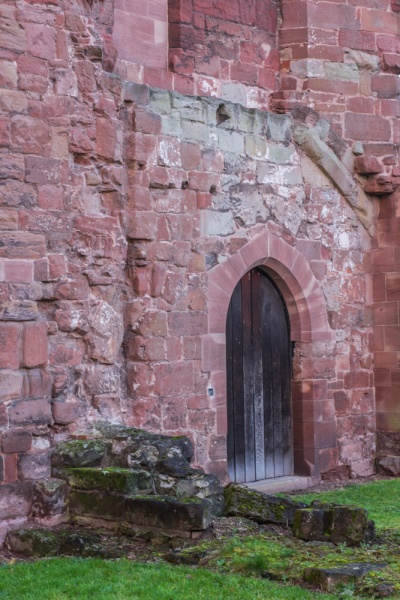 More self catering near Whitefriars Friary

The Granary at Fawsley - 18.8 miles
Daventry, Northamptonshire
Stay from: £50.00