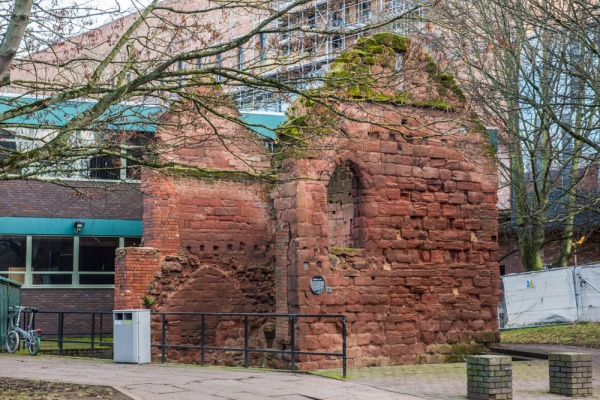 Halfway down Much Park Street, standing in the shadows of a modern block of offices on the east side of the street, stands a relic of Coventry's medieval past; a small building of red sandstone, its roof long gone, supported on only three sides by walls that still rise to their full height.

But what is this unknown medieval ruin?

No one seems to know for certain. The Medieval Stone Building, as it has been dubbed, was exposed by the devastating bombing attack of 14 November 1940 that levelled much of the historic city core of Coventry and destroyed so many other historic buildings. The bombs destroyed so much of historic interest, but they laid bare this small medieval structure that had stood for so long, hidden within later buildings.

Excavations on the site in 1971 revealed pottery dating to the 13th and 14th centuries. The pottery finds suggest that the building may have been a late 13th-century merchant's house, possibly connected with the nearby Whitefriar's monastery. Certainly, it is only a few steps from the medieval structure to the Whitefriar's postern gate. 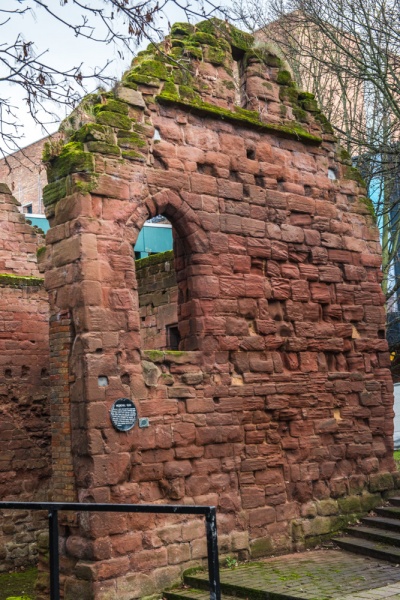 The location makes sense for a merchant's house, for during the 13th century Much Park Street developed into a major route to and from London. It would have been a place to be seen by a stream of travellers; the perfect place for a busy merchant to trade his wares.

More archaeological work in 2010 revealed a drain and several stake holes beside a pit containing fragments of pottery and pieces of iron slag. This suggests that the site was used for some kind of industrial process.

The house, if that is what the building is, is oriented side-on to the street, rather than lengthwise. This suggests that the building formed part of a courtyard arrangement, but if so, the other sides of the courtyard ranges have long since disappeared.

Within the shelter of the three standing walls you step down into a partly underground cellar. You can clearly see on the end wall that the cellar had a vaulted roof. Under the gable facing Much Park Street is a small rectangular lancet window, and below it you can see holes in the wall that once supported timber roof beams. Another row of holes for beams is at the level of a first floor, over the cellar vaults, and the end wall is pieced by a large single-arched window. 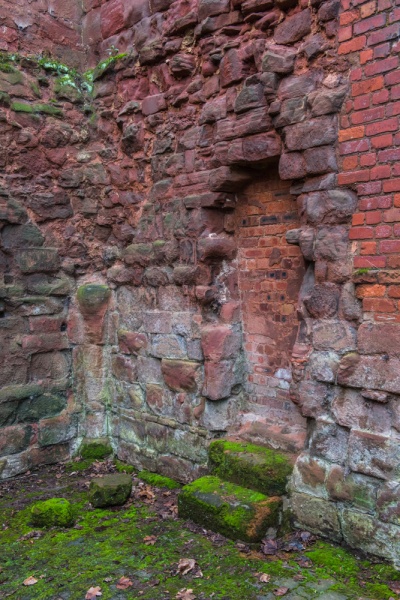 Another obvious feature is that the building is at a lower level from the modern street. This does not mean the base of the building was originally built lower than the street level; it is much more likely that the street level has risen over the centuries as new buildings were built, old ones torn down, and debris accumulated.

Though we cannot say for certain much about the medieval building, it is fascinating to see it surviving amidst more modern buildings, just a short walk from both the historic city core and the remains of Whitefriars to the south. 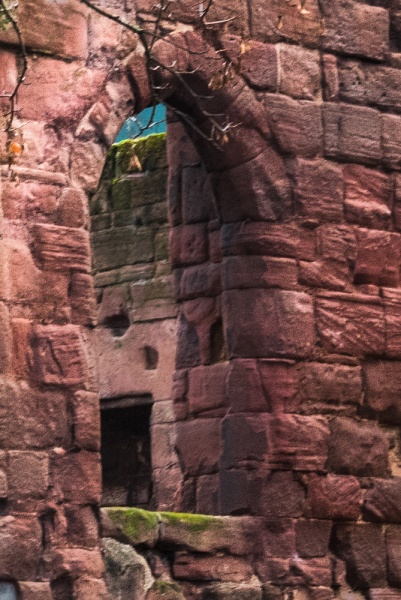 A pointed window in the west wall

The Granary at Fawsley - 19 miles
Daventry, Northamptonshire
Stay from: £50.00