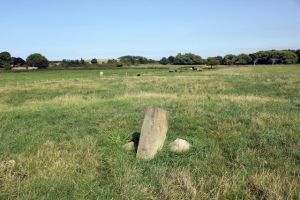 Prestatyn Castle
The scanty remains of a motte with surrounding ditch and bailey, built c1165, later destroyed by Owain Gwynedd. Prestatyn Castle consists of a rectangular enclosure surrounded by remnants of a stone wall and a ditch.
History
We are on shaky ground when we try to unravel the history of the site. We do know that around 1157 Henry II gave the estate of Prestatyn to Robert de Banastre, though it is not at all certain that Banastre actually erected the fortifications. He may simply have refortified an existing motte and bailey enclosure. In any case Henry ordered Banastre to fortify the site and expand the surrounding township of Prestatyn.

If so, he did not have long to enjoy the relative safety of the castle, for it was attacked and destroyed by Owain Gwynedd in 1167. The castle seems to have been abandoned, and the Banastre family left unruly Wales behind for the relative safety of Lancashire, where they built a new house on the site of Bank Hall in Bretherton.

A rough projection on one side suggests a gateway, with an elongated causeway leading to it but does not appear to cross the bailey ditch - another curiosity. Within the enclosure and off to one side is a low motte, 20 metres across at the base but less than a metre high.

Though what is left of the castle mound is low, it is still high enough to command a view of the coast road and the low coastal plain.

When the site was excavated in 1913 remains of a stone curtain wall were found, standing over 1 metre high, enclosing the motte. This wall was said to be standing in records from the late 13th century but may not have formed part of the original 12th century defences. Curiously, the investigation revealed no evidence of a structure on top of the motte itself.

The castle is in a field north of Prestatyn Road. There is parking along the road, and a footpath passes close to the castle site.

More self catering near Prestatyn Castle >> 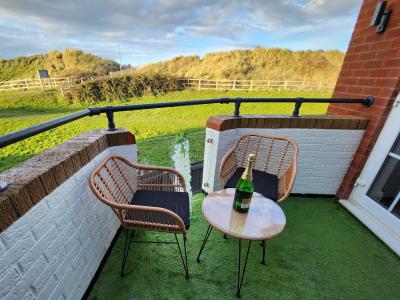 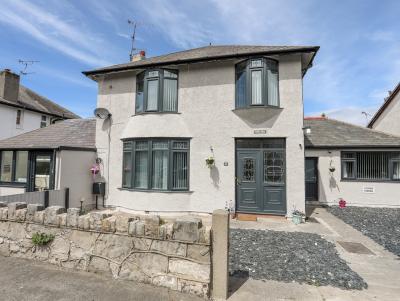 Beeches rests in Prestatyn and can sleep ten people in five bedrooms.
Sleeps 10