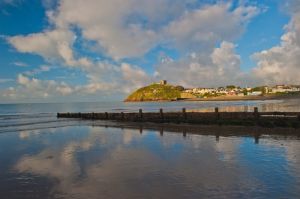 Perched in a lovely location above Tremadog Bay, Criccieth Castle is a dramatic reminder of the conflicts between Welsh and English that helped define the medieval history of Wales. The castle was probably begun in the early 13th century, possibly by Llewelyn the Great. After Llewelyn's death, his sons quarrelled and Dafydd ap Llewelyn held his brother Grufudd prisoner at Criccieth.
The castle served as a prison once again two decades later, when prince Maredudd ap Rhys was incarcerated by Llewelyn ap Gruffudd. The castle fell to a siege by Edward I in 1283, and in the following year Edward made Criccieth a borough (fortified town). Edward later used the castle as a prison for captured Welsh soldiers.

Criccieth Castle is dominated by the massive twin towers that flank the gates. Later, Llewelyn the Great's grandson (Llewelyn the Last) added a curtain wall and a substantial rectangular tower. No sooner had Llewelyn finished his work than Edward I took the castle and strengthened the defences further. 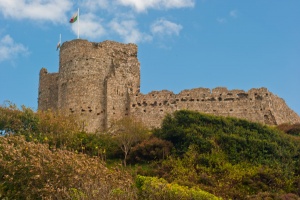 The castle from below
The mighty castle withstood a Welsh siege led by Madog ap Llewelyn in 1295, but in 1404 it fell to Owain Glyndwr, who had the castle burned and the walls torn down. That was the effective end of Criccieth and it remained in ruined state until 1933, when it was granted to the government by Lord Harlech.

The most impressive part of the fortification is the impressive gatehouse, which was probably built to emulate Beeston Castle in Cheshire, owned by Llewelyn's ally Ranulf, Earl of Chester. It is difficult trying to determine which bit of the castle was built by who, but current thinking is that Llewelyn was responsible for the gatehouse and inner ward, Llewelyn ap Gruffudd the outer walls, which were later strengthened by Edward I or II. Edward was also responsible for the north, or 'Engine' tower.

A small figure of Christ made of enamel and copper was found in the gatehouse, which suggests that at some point there was a chapel there. The original figure is now in the National Museum of Wales in Cardiff.

The location of Criccieth Castle is superb; the rocky headland juts out into the bay, with the houses and narrow lanes of the oldest section of Criccieth town clustered at its foot. To the north is a wide, sweeping semi-circle of sandy beach, while to the south the coast is more rocky, with a pebble beach. You can approach the castle from the shore (waterproof footwear helps!). 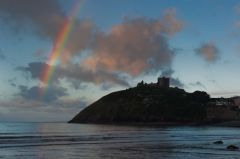 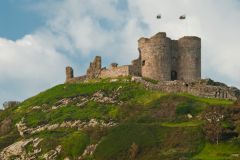 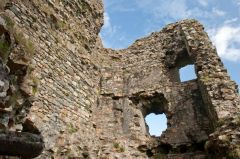 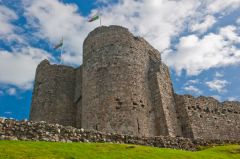 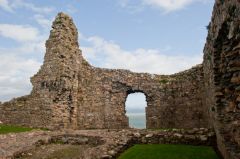 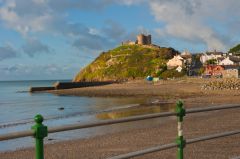 More self catering near Criccieth Castle >> 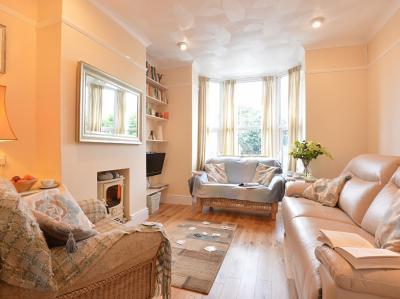 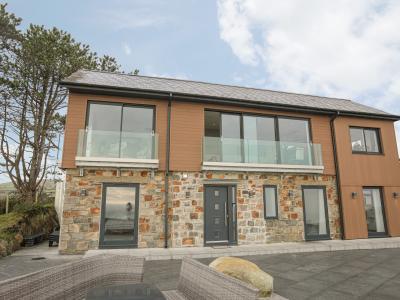 This detached house rests in Criccieth, Gwynedd and can sleep ten people in four bedrooms.
Sleeps 10