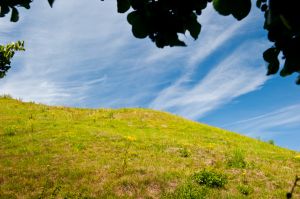 Twthill Castle is the first castle at Rhuddlan, an earthen motte, or castle mound, built by Robert of Rhuddlan in 1073 on a spur of land overlooking the River Clwyd. Robert chose a site traditionally thought to be the site of an earlier royal palace of Gruffudd ap Llewelyn.

Robert of Rhuddlan was a former squire at the court of Edward the Confessor, who rose to gain control over all of north Wales beyond the River Clwyd.

Robert established a small borough beside the castle and established a mint. Citizens of Robert's borough had special privileges in law.

The original defences were very simple, probably no more than a wooden palisade. Sometime in the 13th century, at least some of the structures atop the motte were rebuilt in stone. Throughout the 12th and 13th centuries, the castle was besieged and captured several times by both the Welsh and English.

In the early 1280s, the 'new' Rhuddlan Castle was built a short distance northwest along the river, and Twthill fell into disuse. The remnants of the outer bailey can be seen in the fields below the motte. Twthill is sometimes known as Old Rhuddlan Castle.

The site is in the care of Cadw, and is freely accessible, via a footpath south of Rhuddlan Castle. 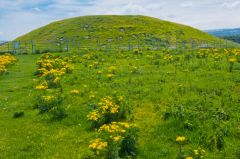 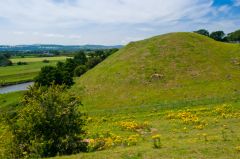 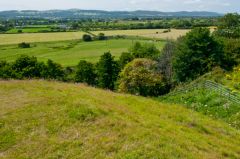 More self catering near Twthill Castle >>