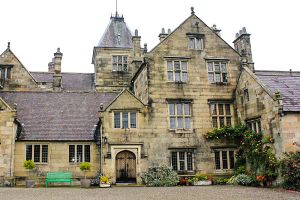 Mostyn Hall
Mostyn Hall is a large Jacobean and Victorian style mansion based around a 15th century great hall. It has been home to the Mostyn family for over 500 years, and is set in attractive gardens.

The ancestor of the Mostyn line was Ieuan Fychan (d. 1457). Ieuan Fychan was related to Jasper Tudor, Earl of Pembroke. Ieuan's son Hywel ap Ieuan supported the Lancastrian cause in the Wars of the Roses. Henry Tudor, Earl of Richmond (later Henry VII) stayed at Mostyn Hall to plan his bid for the throne.

On one occasion Richard III's soldiers forced their way in at the front door of the Hall, looking for Tudor, but he managed to escape out the back. Hywel's son Richard led 1600 men to fight for Henry at the Battle of Bosworth in 1485. So grateful was Henry for Mostyn's support that he gave Richard the sword and belt he wore in the battle. It was Richard's son Thomas who first adopted the family name of Mostyn.

The origins of Mostyn Hall itself are lost in the dim recesses of the early Middle Ages. We do know that the great hall dates to sometime before 1470. Beginning in 1631 Roger and Mary Mostyn enlarged the medieval Hall to create the core of the house we see today.

Then in 1831 the 1st Baron Mostyn called upon architect Ambrose Poynter to completely renovate the Jacobean house, but retain the Jacobean style. So the current Mostyn Hall is a 19th century Jacobean house based on a medieval hall.

The gardens surrounding Mostyn Hall are based around the medieval deer park, with areas of mixed woodland and a lovely mix of parkland with formal gardens, featuring an ancient lime avenue.

After many years of being inaccessible to the public Mostyn Hall is now open to visitors for the first time.

More self catering near Mostyn Hall >> 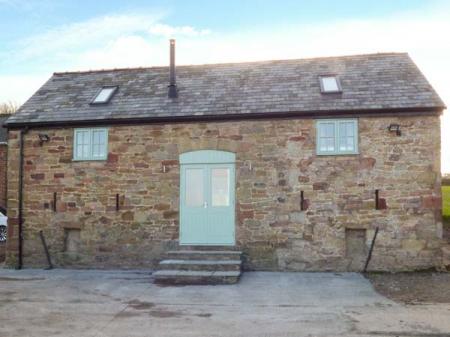 This detached cottage is set on the owner's grounds close to the town of Mostyn in North Wales and sleeps four people in two bedrooms.
Sleeps 4