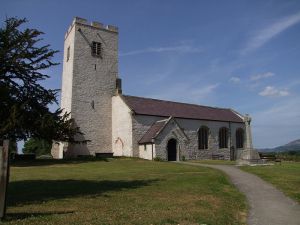 Denbigh, St Marcella Church
St Marcella's is a whitewashed 15th century church with a double aisled interior supporting an impressive pair of hammer-beam roofs. Look for intricately carved corbels, angel figures, and 16th century monuments to the Myddleton and Salesbury families.
History
Known as 'The white Church' for its whitewashed exterior, St Marcella's is dedicated to the 7th century saint Marchell the Virgin, who is thought to have funded a hermitage beside a holy well here. A measure of just how sacred the site has been to local people is the fact that the church stands at least a mile from the town centre, yet it has always been Denbigh's parish church.

The church was rebuilt in the 15th century, with a double nave, an imposing west tower, and huge Perpendicular Gothic windows.

Interior Highlights
Those windows fill the interior with light, and illuminate a wealth of historic monuments and a pair of hammer-beam roofs, decorated with carvings of angels. The roof beams are supported on carved stone corbels, decorated with yet more figures of angels as well as grotesque beasts. Under the roofline is a stone frieze decorated with extravagant figures of grotesques, human heads, and foliage. Look for the depiction of a boy pulling a donkey's tail!

Clustered near the twin altars are excellent memorials to the medieval and Elizabethan nobility. Near the north altar is the tomb of Humphrey Llwyd (d. 1568), known as the Father of Modern Geography for his pioneering maps of Wales. Near Llwyd's tomb is a memorial brass to Richard Myddleton (d. 1575) showing him with his wife and their 16 children. One of the children was Sir Hugh Myddleton, who built the 'New River' navigation in north London, and another was Sir Thomas Myddleton, builder of Chirk Castle and a Lord Mayor of London.

The south altar once served the private chapel of the Salesbury family. Beside the altar stands a superb alabaster memorial to Sir John Salusbury (d.1578) and his wife Jane. Look for the mural monument to a later Salesbury who, the inscription tells us, prudently managed her fortune.

There are a series of historic hatchment shields at the west end of the church, and in the north aisle is a memorial to poet and writer Twm o’r Nant, ‘the Cambrian Shakespeare’. Twm o’r Nant's signposted grave is in the churchyard.

The church is regularly open daylight hours but please check the official website to be sure of days and times. 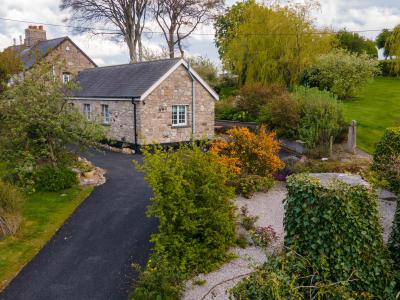 This single storey, stone built, detached cottage is set next to the owner’s home close to the town of Denbigh in North Wales and sleeps upto three people in one …
Sleeps 2 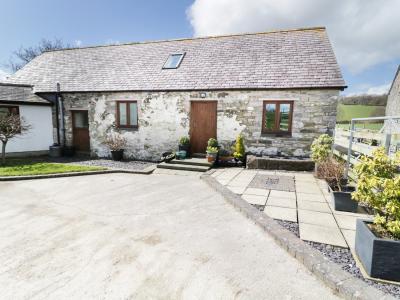 This converted barn is in the village of Groes near Denbigh and can sleep four people in two rooms.
Sleeps 4