HERITAGE HIGHLIGHTS:   One of the largest hill forts in Wales 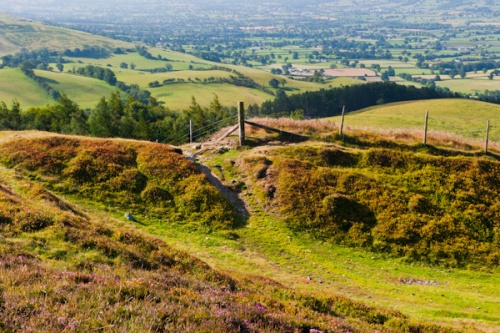 That statement might not sound terribly exciting, but when I first climbed up to Penycloddiau my initial thoughts were along the lines of 'My gosh, this place is huge!'

Which it is. The entire sloping hilltop is encircled by broad banks and ditches. On the steep southern slope there is a single rampart but to the north, where the slope is less daunting, there are several layers of defensive ditches and banks.

As defences go it is not a site that would strike fear into the hearts of an attacking army (though the climb to the summit might put them off), but it is certainly impressive. And my goodness, the views! On a fine day, the views in all directions from inside the fort are simply stunning.

West are the peaks of Snowdonia, while to the north is the wide expanse of the Dee estuary, while closer at hand to the south is the neighbouring peak of Moel Arthur, where you will find a smaller hillfort. 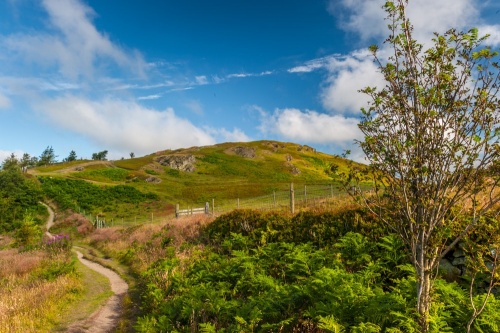 Offa's Dyke Trail runs right through the hillfort, but there are other trails connecting to it so you can easily make a circular walk to take in Penycloddiau. The closest option is to use the parking area on the minor road that joins Nannerch and Llandrynog. It's not terribly well signposted, but if you see the Offa's Dyke Way signpost beside the road, you're there!

The path is not terribly steep and should take a reasonably fit person no more than 30 minutes at most. The way passes through open woodland before emerging at the base of the hillfort. You have to go over a stile, then simply follow the trail to the summit.

You can return the same way or follow the path to the south and west around the summit and return to the car park in a nice wide circle. Either way, it should take no more than an hour at most, and your reward for your exertion is wonderful views in all directions.

If you've still got energy left after ascending Penycloddiau, why not cross the minor road and follow Offa's Dyke Way to the hillfort of Moel Arthur. This is a shorter path, though the initial part is definitely steeper than the trail to Penycloddiau. 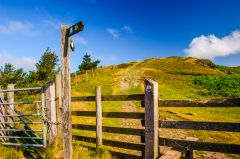 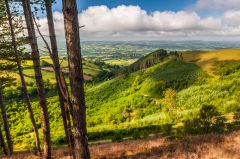 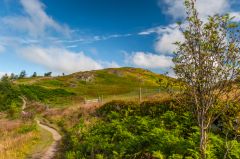 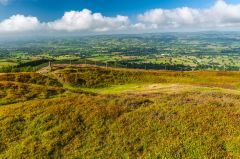 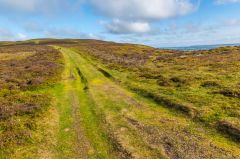 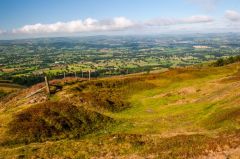