HERITAGE HIGHLIGHTS:   One of the most complete medieval town walls in Britain 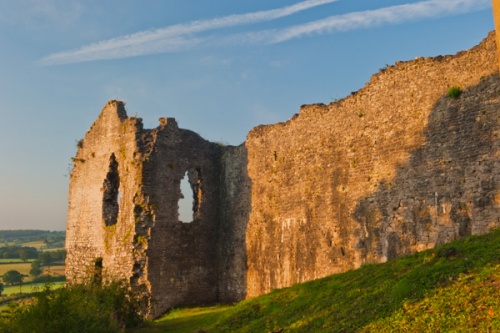 Denbigh's medieval walls are among the best-preserved and most complete in the country (perhaps the best example of Edwardian town walls outside of Conwy). The walls encircle the old 'town ward' created as part of Edward I's plan for a new English-dominated borough at Denbigh.

The walls were begun sometime around 1282 and were substantially complete by 1284. The man responsible was Henry de Lacy, Earl of Lincoln, one of Edward's most trusted military leaders. De Lacy constructed a new castle on the site, replacing an earlier Welsh fortress.

His defences were fairly rudimentary, but a second phase of building after a Welsh rebellion in 1295 resulted in much more substantial walls, and further enhancements to the castle itself.

During this second phase of building de Lacy constructed a huge gatehouse protected by three polygonal towers. One of the towers offered accommodation for porters, while another was used as a prison.

Large sections of the walls are ruinous or non-existent, but quite a bit still remains intact. One of the surviving pieces is St Hilary's Chapel, a tower used as a chapel for both the castle and the town. Just behind the chapel stand the ruins of Denbigh Friary, a 13th-century Carmelite monastery.

The wall is built from uncoursed limestone rubble with sandstone quoins. There are several major towers remaining in the walls, including the Goblin Tower, which suffered major damage in the Civil War. This tower still stands to 15 metres in height. 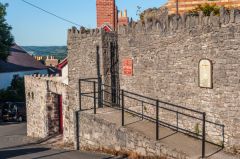 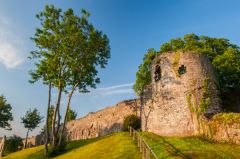 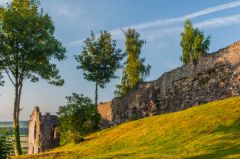 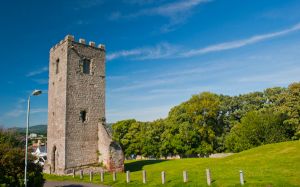 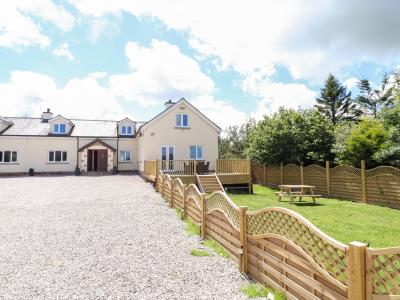 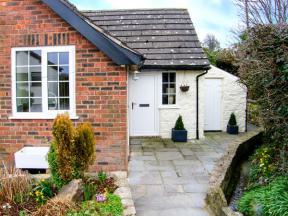 This wonderful, semi-detached cottage in Llanrhaeadr near Denbigh, is set solely on the ground floor and can sleep four people in two bedrooms.
Sleeps 4