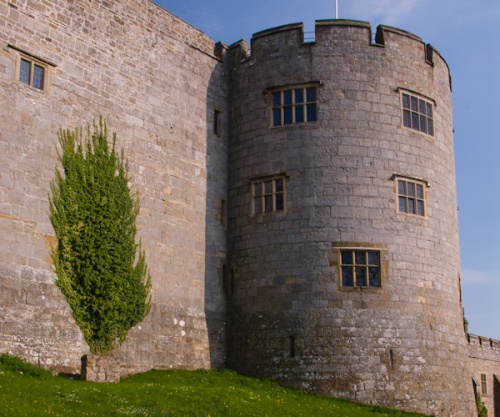 Chirk Castle is a Border fortress begun by Roger Mortimer around 1295 and completed in 1310. The castle was remodelled extensively by Sir Thomas Myddelton in the late 16th century and rebuilt following damage in the English Civil War. The grim stone structure is set in lovely parkland of a more peaceful 18th century. Luxurious staterooms in neo-Classical style adorn the interior, giving the lie to the forbidding exterior. Offa's Dyke runs through the park surrounding the castle.

When Edward I defeated the powerful Welsh prince Llewelyn ap Gruffudd, he granted the lands of Llewelyn Fychan to the Marcher lord Roger Mortimer, one of his staunchest supporters. Mortimer began work at Chirk around the same time as Edward's new concentric castle at Beaumaris, and the two fortresses exhibit many of the same characteristics.

We do know that Edward visited Chirk around the time construction started, so it is entirely possible that his ideas for Beaumaris were adopted by Mortimer. The inner ward at Chirk is very similar to Beaumaris, consisting of a rectangular layout with huge drum towers in two of the four sides.

Unlike Beaumaris, however, the original plans for Chirk were never completed, and the castle as we see it today is only half the size called for in the original plans. One of the reasons for the curtailed plans may be that Roger Mortimer was arrested by Edward II for his role in the 1321 attack on the Despensers, Edward's favourites.

Mortimer was held in the Tower of London until his death in 1326. His nephew, also named Roger Mortimer, became the lover of Edward's queen Isabel, and together they deposed Edward II and had him murdered. 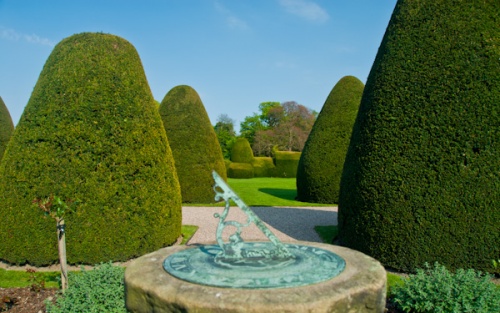 The castle passed through several hands until it became the property of Sir Henry Stanley, whose support of Henry Tudor at the Battle of Bosworth helped him take the throne as Henry VII. Stanley made improvements to Chirk, but did not live to enjoy his new possession, as he was executed in 1495 for his involvement in the Perkin Warbeck plot.

Chirk remained a crown possession until 1563, when Elizabeth I granted it to her favourite, Robert Dudley, Earl of Leicester. Dudley made few improvements to Chirk, probably because he chose to put money into Kenilworth Castle instead.

Finally, in 1595 Thomas Myddleton purchased Chirk for the bargain price of 5000 pounds. Myddleton was one of the founding members of the East India Company and would become Lord Mayor of London in 1613.

He began the transformation of Chirk from a military fortress into a comfortable mansion. The castle was seized by the crown during the Civil War and the 2nd Sir Thomas was forced to regain it through bribery. The north wing was rebuilt in 1660, at least partly to repair damage from the Civil War period.

In 1712 Sir Richard Myddleton commissioned the Davies brothers to create a pair of huge wrought iron gates that now act as a ceremonial entrance. The castle interior was rebuilt in neo-classical style by a Chester architect named Joseph Turner. The Turner interiors were later updated by the Victorian architect AW Pugin, designer of the Palace of Westminster in London. 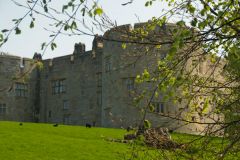 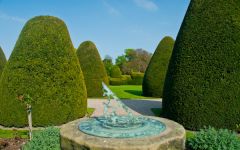 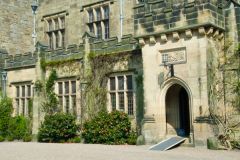 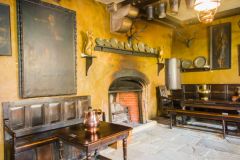 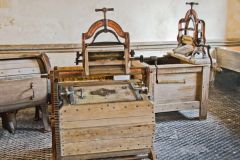 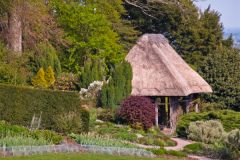 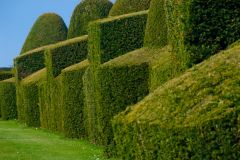 More self catering near Chirk Castle >> 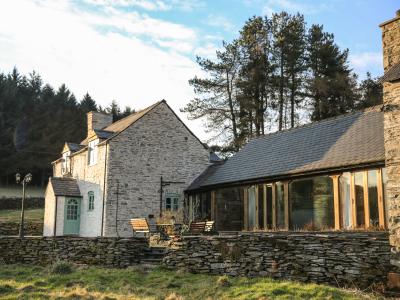 This detached farmhouse is located in the village of Pontfadog near Wrexham and can sleep eight people in four bedrooms.
Sleeps 17

This semi detached cottage is located in the town of Chirk near to Llangollen and sleeps four people in three bedrooms.
Sleeps 4